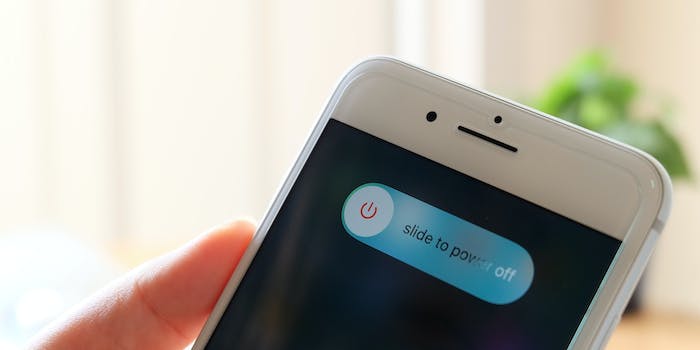 ‘I just kind of want to separate our relationship from my content’: LGBTQ+ creators discuss how they maintain privacy online

The VidCon panel featured 4 creators who opened up about balancing their digital and IRL lives.

Content creators walk a fine line when it comes to sharing tidbits about their personal lives online and being honest online. The larger their following grows, the more of a chance of bad actors making their way into the fold. A group of LGBTQ+ creators—Chris Olsen, Tyler Gaca (Ghosthoney), Abigail Thorn, and Strange Aeons—spoke on the “Coming Out: Balancing Authentic Identity and Privacy Online” panel at VidCon that was presented by It Gets Better and moderated by Beck Canote (SVP, strategy at Electric Monster).

They were asked about how they viewed their innate queerness in their content and whether or not it’s a conscious effort to showcase that. “When I was coming up, I deliberately didn’t want to make my channel a ‘trans channel’ because I knew I had a large [cisgender] [heterosexual] following, and there’s no problem with that,” Thorn said. “I wanted to make sure that it was as an educational resource there for everybody who wanted to learn.”

Olsen told the audience that in casually talking about and making content with his then-boyfriend, Ian Paget, he was “unintentionally de-stigmatizing” showing queerness online, “not only for other people, but for myself,” he said.

The panelists highlighted that they’ve all been very cautious about oversharing online and trying not to fuel parasocial relationships online. Gaca, who once made a lot of content with his husband JiaHao Peng, did so less and less as his following grew. “I’ve always filmed our content around being vulnerable, sometimes being too vulnerable. The boundaries for me have always been a little blurred too, but the longer I’ve been doing it, the more that I just kind of want to separate our relationship from my content,” Gaca told the audience. “Now he’s hardly ever in my videos and that’s really nice.” He clarified that it’s not because he doesn’t want him to be in his videos, but it’s nice to have a separation.

It’s difficult to separate the YouTuber from their screen name, but they say that having those different names helps them separate the two. “I think having that screen name Strange Aeons helps me separate that,” Aeons said, “People will come up to me and [recognize me] and I guess that’s a version of me, but it’s like a character.”

They also spoke about how much creating content means to them and the impact that it’s had on their lives. Olsen summed up everyone’s feelings the best by saying “TikTok made me embrace my queerness more than I realized.”