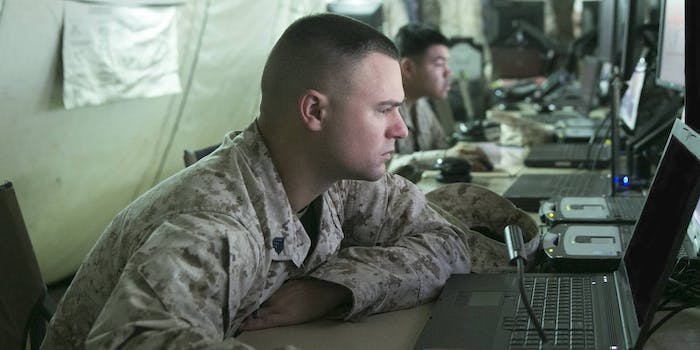 Veterans are the answer to Silicon Valley’s talent shortage

Veterans are more tech savvy than ever before.

Over the next five years, approximately one million servicemen and women will return to civilian life as our military drawdown intensifies. Most of these veterans will be between the ages of 18 and 24. On average, 200,000 return to the workforce every year and it’s estimated that in 2016 that number could be even higher.

Fortunately, there is some good news. The latest statistics from the Bureau of Labor Statistics show unemployment rates for veterans is at one of the lowest levels ever, according to the Military Times.

Memorial Day is approaching, and the nation will once again focus on those who served and paid the ultimate price. May is also Military Appreciation Month, and it was kicked off in the best possible manner during the Joining Forces ceremony at the White House on May 5. To celebrate the 5-year anniversary, the Joining Forces team brought together more than 50 tech companies that pledged to hire or train 110,000 veterans into tech careers over the next five years. Kudos to First Lady Michelle Obama and Dr. Jill Biden for pulling together this significant number of tech companies, large and small. Our nonprofit VetsinTech (just four years old) shares in this mission, and we were thrilled to be part of this momentous occasion.

The VetsinTech employer coalition members came out in force: Ten-X, Intuit, Salesforce, Microsoft, Palo Alto Networks, Cisco, HPE and Accenture were all in attendance to support our veterans and the Joining Forces initiative.

Why are these companies hiring veterans into technology careers?

When considering today’s veteran for a position in tech there are some obvious traits that make these men and women more likely to excel based upon their experience in the military—a solid work ethic, excellent communication skills, a proven ability to work in a team and across cultures, leadership experience and more.

Our veterans are more tech savvy than ever before.

Next, consider there are more technologies widely used in recent wars that were largely or completely non-existent in prior wars–advanced IT, GPS, night vision, social media, precision strike capability, robots and drones. Our veterans are more tech savvy than ever before.

One interesting development is that in today’s tech company landscape, more veteran entrepreneurs and CEOs are emerging. One of the areas to watch for veterans are in the field of cybersecurity. One of the fastest growing companies, Palo Alto Networks, is led by West Point graduate and Army veteran Mark McLaughlin.

There are too many successful veteran entrepreneurs to mention here, but we can certainly name quite a few. And when their companies take off, they know best about hiring other veterans and the value they bring.

Many veterans prefer to start their own businesses—they are not as afraid of risks and are more likely to be successful than their civilian counterparts. Here are just a few of the current veteran CEOs and entrepreneurs who are making their mark in the tech industry:

Kelly Perdew is not only the co-founder and managing general partner of Moonshots Capital, an early-stage angel syndicate, he’s an Army veteran, a West Point graduate and the winner of Season 2 of NBC’s “The Apprentice.”

Bill Coleman was chief of satellite operations for the Air Force Secretary. Now he’s the CEO of Veritas, a data management company that made history last year with a $10.46 billion buyout from the Carlyle Group.

West Point graduate Brad Hunstable is the CEO of Ustream, a live video microbroadcasting site he co-founded to help his fellow troops deployed overseas to communicate with friends and family back home.

Ramona Pierson survived a car crash, a coma, a heart attack—and the Marines. As the founder and CEO of Declara, she helps develop “next-generation big data analytics.”

Army veteran Dave Gowel honed his leadership skills during a deployment to Iraq in 2003-04. As CEO of Rock Tech, he says his goal is “to make the Internet easier to use.” The productivity platform “overlays and simplifies the adoption of cloud technologies like Salesforce, LinkedIn, Netsuite, SAP and other web business tools.”

Tech employers should look closely at the veteran talent pool for many reasons, including one most employers may not realize.

These are just a few veterans who are shaking up the tech world and putting their military experience to good use.

Tech employers should look closely at the veteran talent pool for many reasons, including one most employers may not realize: It can help companies with their diversity goals. Did you know that females are the fastest growing population in the military? In fact, all branches of the military are ethnically diverse.

Last, there is the simple satisfaction of doing something to thank our veterans who have spent years and sacrificed much in service to the United States. As one of our board members, Craigslist founder Craig Newmark, puts it: “If somebody’s willing to risk taking a bullet for me, I figure I should give back.”

Katherine Webster is the founder of VetsinTech, which supports veterans with reintegration services and connects them to the national technology ecosystem. Under Katherine’s leadership, VetsinTech has grown to 12 veteran-led chapters across the U.S. in just three years, gained support from over 20 top tech companies to hire veterans and developed training programs. Follow her on Twitter @kwebsterstory.