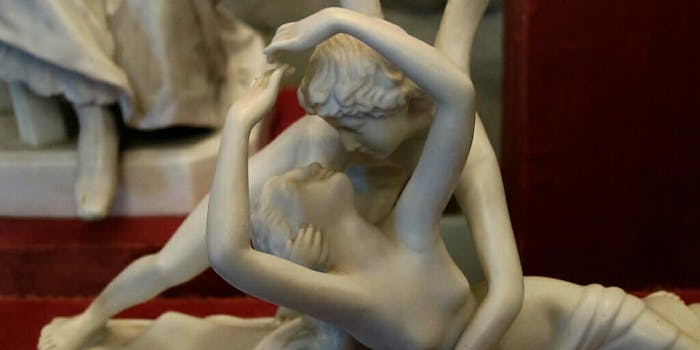 Valentine’s Day challenge dares you to message your crush

This holiday, be brave.

Forget about Christmas. Valentine’s Day is definitely the most stressful holiday. If you’re in a relationship, there’s the pressure to “nail it” while somehow making the cheesiest of all holidays seem not cheesy. If you’re not in a relationship, there’s the pressure to find someone to spend the day with. Even people who think the whole thing is a stupid commercialization of romantic love often end up doing something because they don’t want their significant other to feel like they don’t care. How many of us have either sent or received a message that starts, “Hey I know Valentine’s Day is stupid but…”?

Well, if you’re single this Valentine’s Day and need a little push to let the object of your affection know you want to smooch them on their dumb stupid face and stuff, then this new Twitter challenge might be exactly what you’re looking for.

Writer/Blogger/Podcaster/Sex-advice-giver Oloni tweeted out a challenge to her followers, asking them to text their crush and send her back a screenshot of the results.

The replies have been rolling in since she first issued the challenge yesterday. Some have happy endings, some… not so much. It also seems like a number of people are just asking someone they are already dating, which seems like cheating.

Idk why I keep listening to you pic.twitter.com/k2RvNe9n2Q

Also, a few people seem to have gotten wind of what’s going on and are acting a little suspicious when they get the message.

A few people are just refusing to participate and want Oloni to know why.

I don’t have Drake’s number. https://t.co/lJvPh2ndGF

There’s still time to get in on the challenge if you have a secret crush and have been wanting to tell them how you feel.