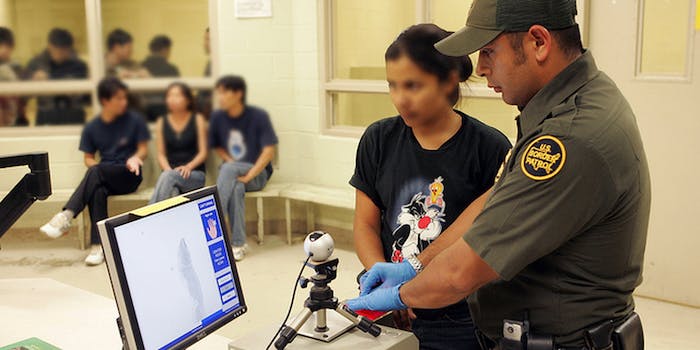 A German teen was busted taking an under-the-table au pair job after the U.S. allegedly read her Facebook messages.

A German teenager who hoped to spend a year working as an au pair in the U.S. was reportedly turned away at the border when immigration officials claimed she planned to work there illegally.

As evidence, they presented private Facebook messages between the teen, identified as Jana H., and her host family’s father, according to Der Westen.

After graduating, 18-year-old Jana wanted to spend some time in the States. She found a family with whom she’d agreed to live and work as an au pair for a year, while taking an English course to improve her knowledge of the language. She’d apparently had regular contact with the family’s father through Facebook.

After landing in the U.S., immigration officials took Jana away for questioning, where she claimed she wanted to visit her parents and friends and take an English course.

Der Westen reported the skeptical border officials presented Jana with a printout of her private Facebook correspondence with the father, indicating she planned to work illegally in the U.S. The authorities had seemingly been peeking on the messages for weeks.

Sure enough, Jana was returned on the next flight home.

Certainly, if this tale is accurate, Jana took a risk in lying to border officials. But in light of recent revelations about alleged government snooping on the data of Internet companies through the PRISM program, it would not be surprising to many if the story is true—and reflective of what happens when your online communications are not as private as you might think.