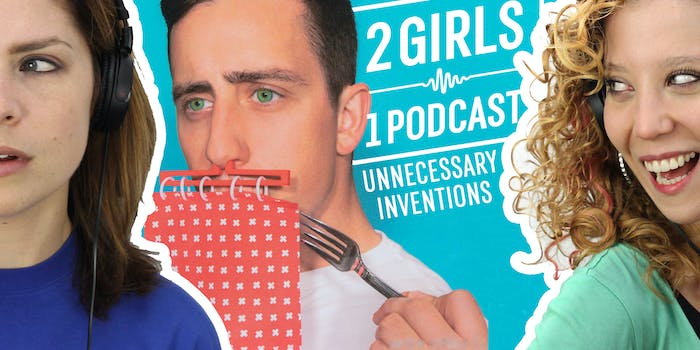 All of these viral ‘Unnecessary Inventions’ are strangely necessary

You can't buy these. But you'll really want to.

Matty Benedetto is a product designer by training, but his sense of humor led him to a life of hilarious content creation instead.

Benedetto builds Unnecessary Inventions, ingenious products that solve urgent problems you don’t actually have—like a drink holder for your shoe, or an alarm clock that snoozes itself so you won’t be bothered in the morning.

His fake products (and their crisp photos and videos) are so popular that he’s garnered 4 million followers across social media—a vast community of invention enthusiasts who either really want to buy these ridiculous items or can’t stop suggesting bad inventions.

This week on 2 GIRLS 1 PODCAST, Alli and Jen talk to Benedetto about where his weekly inspiration comes from, why it’s so hard to think of a problem that doesn’t exist, and what happens when real brands get involved in the fake product business.