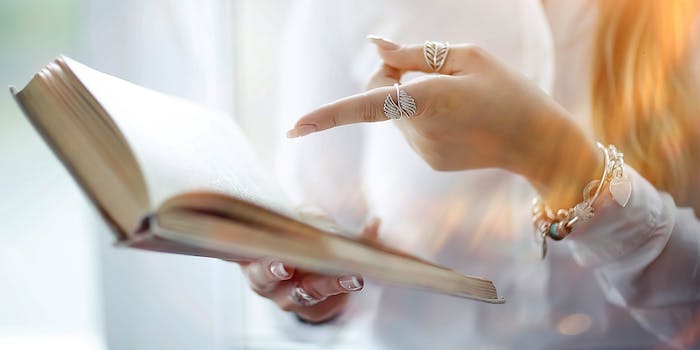 ¹ And Tumblr loves it.

It’s pretty tough to force a meme. You can’t just say “this is a new meme” and expect everyone to go along with you.¹

¹ Except when you can.

“this just in.. The New Meme On The Block is unnecessary footnotes and anyone who doesn’t like this idea can kiss this¹,” wrote Tumblr user equalistmako on Sep. 2.  And, to validate what she was saying, she added an unnecessary footnote: “¹ my ass.”

Contrary to what typically happens when someone attempts to will a meme into existence, the “unnecessary footnotes” format took off bigtime on Tumblr. It really was the New Meme on the Block.

People started using the footnotes for everything, whether it was to contradict their original statements, or to finish a quote or song lyric. The Tumblr Meme Documentation gathered several good examples, including these:

The meme got so popular that the original post now has more than 80,000 notes and its creator has described it as her “greatest contribution to society.”

Using the footnotes meme is pretty easy: you just have to annotate your original post with a few blank lines, a bunch of consecutive hyphens¹

The toughest part is typing a superscript “1.” It’s alt +B9 on Windows and… way too complicated on a Mac. Just copy and paste it.

As a meme that favors form over content, “unnecessary footnotes” is highly flexible. As a text-based meme, it doesn’t require Photoshop or image editing skills of any kind. Both of these things combine to make a great fit for Tumblr, perhaps the internet’s most lively incubator of text-based memes. It also plays well with older Tumblr tropes, like “Do you accept constructive criticism on your posts?“

The footnote meme could never catch on via Twitter, the other primary haven of textual memes, because of the 140-character (or 280-character, for some) limit. Twitter’s restrictions breed creativity, but there are some formal experiments that just don’t fit there.

That makes unnecessary footnotes a distinctly, elegantly Tumblr-specific meme, and Tumblr users seem quite happy to have it.