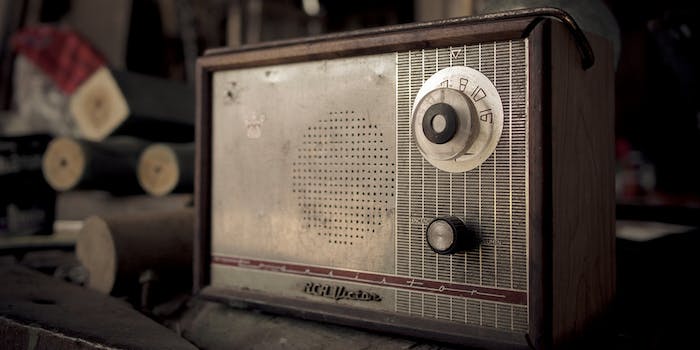 The cancellation of Tell Me More was a huge loss for NPR—and for everyone.

National Public Radio recently announced that it would be ending the broadcast of the national weekday program Tell Me More with host Michel Martin on August 1, 2014, eliminating 28 positions as part of a larger effort to end the company’s persistent budget deficits.

But to be quite clear, Tell Me More is not simply a show for African-Americans or other minority groups: it is a patently American show for many different reasons.

With her weekly “Barbershop” and “Beauty Shop” segments, Michel Martin leads no-holds-barred conversations that take place on current affairs from men’s and women’s viewpoints. Her regular “Moms” segment, (which, of course, includes dads and grandparents) is one of “the original segments and consistently among the most popular, featuring practical advice from every day parents and recognized experts.” Finally, her weekly “Faith Matters” segment addresses the “powerful role of faith and spirituality in everyday American life across denominations and religious traditions.”

For over seven years, her show on NPR has dealt with everything from pop culture to religion to parenting to technology in a way that very few public radio shows tackle today, and I think that NPR is being editorially short-sighted and financially myopic in their decision to end the amazing seven-year run of Tell Me More in August.

In the interests of full disclosure: since the first days of the show seven years ago, I have appeared on NPR as a regular weekly on-air commentator for the “Barbershop” segment over 300 times. So I am not even going to try to pretend that I am not extremely disappointed by the cancellation of Michel Martin’s show, in yet another tone-deaf move by the NPR ivory tower.

Luckily, I am not the only person who thinks that it was a horribly short-sighted decision.

“I think it’s an awful move,” said Pulitzer Prize-winning Washington Post columnist Eugene Robinson for an exclusive interview on the cancellation of Michel Martin’s show. “Tell Me More gave us voices, topics, stories, personalities, news and views that simply do not exist elsewhere on NPR. Michel [Martin] is a masterful interviewer who somehow always makes her guests abandon their talking points and get real. With the nation becoming more diverse every day, it’s distressing to see NPR heading in the other direction.”

In an era where hyper-partisan shouting matches on network television take place in four-minute interview blocks on places like FOX News and CNN, it was wonderful to have a show like Tell Me More on NPR to provide long-form journalism. During its 18-minute interview segments, panelists who represented a panoply of political, ethnic, religious and ideological backgrounds could discuss the nuances of an important societal topic without having to worry about getting their “talking points” inserted in.

Former Republican National Committee (RNC) chairman and lieutenant governor of Maryland Michael Steele echoed that sentiment when he told me, “The cancellation of Michel’s program is incredibly short-sighted. Not only is she a gifted broadcaster, but she brought smart, sophisticated radio to her audience.” According to Steele, NPR should know better.

In a time where NPR is regularly lambasted in conservative circles for having a “super-liberal” bias, these are strong words of support for Michel Martin’s show from the former head of the Republican Party, showing that people of all political persuasions felt like the show was a safe-zone in the American marketplace of ideas.

NPR’s own television critic Eric Deggans also told me, “Tell Me More is a wonderful, incisive and imaginative look at the diversity of our world in many different forms. It never comes at an issue in the way that you might expect and always finds a new insight other programs seem to miss. Those of us in public broadcasting know it takes time to build a signature show, but Tell Me More has grown rapidly into an amazing part of NPR’s broadcast offerings. There should be some way that NPR and its member stations could provide the time and broadcast clearances to make a program like this possible. It is speaking the language of America’s future and the time to invest in that future is now.”

Just seven years after debuting as an online pilot project, Tell Me More has now become a national daily broadcast to over a million Americans in over 135 radio stations around the country. Just imagine the possibilities if NPR dedicated more resources to growing the show instead of cutting it.

Jeff Yang, who writes the Tao Jones column for The Wall Street Journal, told me that the program was “the most vivid, dynamic and consistently interesting daily show on the NPR daily calendar and a unique platform for a diverse array of voices across the cultural spectrum.” He continued to tell me that Michel Martin and her producers “brought in experts who look like America, rather than the straight white males who are turned to by most media—including other programs on NPR.”

He concluded by saying that that “NPR’s decision to end the show is a huge loss that, from the vantage point of the demographic watershed we are approaching may eventually be seen as a moment of blistering irony” for the public radio network.

Tell Me More has always been ahead of the curve embracing the reality that minorities will make up the numerical majority in the United States by the year 2050. As a loyal daily listener, I was always enriched to hear cool news stories about Native American hip-hop artists, Asian-American TV sitcoms or LGBT clergy members.

Even conservative political commentators were upset at the cancellation of Michel Martin’s program.

“It is an NPR program that is highly inclusive, even to a right-leaning libertarian like me,” said National Review contributor Neil Minkoff, who was also a frequent guest on “Barbershop.” “I never expected to feel so welcome on NPR, but Michel gave us a home where we could disagree with each other but still be in a safe place and created a show without screaming disagreements and without preachy dissertations.”

Republican strategist Lenny McAllister added, “It is extremely unfortunate that the media realm is losing yet another thoughtful, insightful, and trusted voice from a person of color. Michel Martin’s role in the national conversation during her tenure leading Tell Me More provided many voices throughout the nation the opportunity to speak with noted conviction, content, and connectivity to a changing America.”

Our weekly “Barbershop” roundtable segments on Tell Me More always had a diversity of political ideologies, from conservative Republicans to lefty liberal human rights lawyers like myself.

“As a listener, I’m disappointed with NPR’s decision,” said St. Louis Post-Dispatch political and national editor Christopher Ave. “I thought Tell Me More was always smart and often unexpected. Michel Martin and the show never went for the cheap angle — what you got was depth and nuance. I certainly hope NPR will continue to utilize Michel’s skills as well as those of her staff to create new and compelling ways to look at culture, politics, society, religion, race and all the other areas in which Tell Me More excelled.”

Dave Zirin from The Nation magazine said, “Tell Me More was different because it provided space for voices often ignored by the mainstream media. These voices were not ideological. They were the lived perspectives of black and brown people providing insight on all issues of the day —not only about explicitly racial politics.” He added that the show’s cancellation is “more than a disgrace.”

“In an increasingly non-white America, it is a real loss.”

Professor Kevin Blackistone, who is a famous sports journalist and frequent panelist on ESPN’s Around The Horn, brought up that a recent article by the lone ethnic minority staff member of the progressive magazineThe American Prospect. Writer Gabriel Arana argued that his so-called liberal media publication lacked actual diversity, while apparently being committed to the ideal in principle.

“Sadly, the writer could update his piece titled ‘The Unbearable Whiteness of Liberal Media’ by including National Public Radio without Tell Me More,” Professor Blackistone told me.

In a media landscape that is still dominated by older white men, a producer for the Melissa Harris Perry’s on MSNBC show put it best when he recently tweeted: “The end of Tell Me More is a blow to media diversity. Which makes it a blow to media, period.”

The official mission of National Public Radio is to “create a more informed public—one challenged and invigorated by a deeper understanding and appreciation of events, ideas and cultures.” Sadly, by cancelling a multi-dimensional national show like Tell Me More, one that represents the ever-changing demographic landscape of America, the NPR listening public (including myself) will be a little less informed on a daily basis without a show to help give a voice to people who may have never had a voice before.

Arsalan Iftikhar is an international human rights lawyer, founder ofTheMuslimGuy.com and adjunct professor of religious studies at DePaul University in Chicago. Over the last seven years, he has also appeared over 300 times on the National Public Radio (NPR) show “Tell Me More” with Michel Martin which will tape its last show on August 1, 2014.

Photo via mariateresatoledo/Flickr (CC BY 2.0)