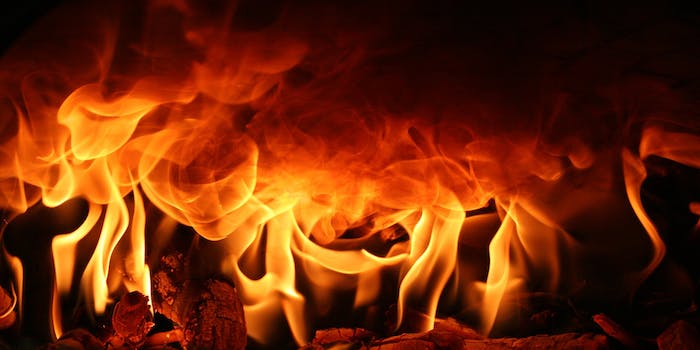 Do journalists deserve a firewall?

Uber is targeting its critics, but protecting journalists doesn't solve anything.

At a private dinner last week, Emil Michael, SVP of Business for Uber, suggested digging into the personal lives of journalists to combat the bad press Uber has been getting. Michael was specifically referring to outspoken Uber critic Sarah Lacy of PandoDaily. (Disclosure: I was formerly employed by a company that occasionally did work for Pando.) Chaos ensued on Twitter as journalists vowed to delete the Uber app, while scorning Travis Kalanick and his team for wanting to under take a “smear campaign” against Lacy. Sarah Lacy immediately took to the Web and began to shame Uber and Emil Michael for their suggestion.

@travisk @sarahcuda Just uninstalled @uber. Was painful to do as I loved the service. But I just don’t agree with your values

Did what I should have done a long time ago, and joined the #deleteuber movement. Props to @sarahcuda for not backing down from bully @Uber.

If I’d not already deleted @Uber from my phone for shitty biz practices, I’d delete it for @emilmichael‘s threats against @sarahcuda et al

Walking 5 miles instead of taking #UBER. @sarahcuda is my favorite tech journalist. We all have your back!

To be clear, I don’t think it was a savvy move to have a conversation about this at a dinner full of journalists, regardless of whether it was on the record or not. And frankly, as someone who served as an assistant to the Secretary of Defense and is an advisor to the Pentagon, Emil Michael should know better. But as articles flood my feed denouncing the poison culture of Uber, I would like to ask the question: Why do journalists feel they deserve a firewall between their work and personal lives but the subjects of their work do not? In today’s media era, this has never been a worse idea.

The modern business model of journalism largely revolves around selling ads attached to a “pageview.” There are, however, a few notable exceptions, including the Center For Investigative Reporting (CIR), the Wall Street Journal, and the New York Times. Except for the CIR which is a non-profit, those other models include pageview-based ad revenue in their math.

Sarah Lacy’s venture-backed publication, PandoDaily, peppers in an ad once every few pageviews while other properties, like the Huffington Post, fall closer to the “Gotta catch ’em all” side of the spectrum. They leverage not only multiple ads and formats per page but include native ads as well. Most importantly, it’s not uncommon for large properties to offer bonuses to writers based on (you guessed it) the number of pageviews.

In doing so, online media properties have created a soap box that requires the utmost responsibility from whoever is standing atop it. Journalists are wildly incentivized to bring people to their work and to their employer’s site. Lacy is no exception. In a recent piece for the site, Lacy discussed the company’s tactics when it comes to censoring their critics, particularly women, detailing her own recent experiences with abuse from Uber.

“So my concern wasn’t more lies winding up online about me. Sadly, I’ve had to get used to it,” she wrote. “My concern was that the nature of these lies weren’t the same trumped up bullshit about Pando being influenced by its investors. That smear hasn’t worked, and we share several investors with Uber, so that dog doesn’t exactly hunt. The only part of my life that I’d do anything to protect: My family and my children.”

While I sincerely doubt Lacy’s pathos-based appeal about the safety of her kids as a result of Uber’s bullying tactics was disingenuous, I also think it contributed nicely to Pando’s traffic.

Despite my quarrels with her journalistic choices, I think Pando has a great “separation of church and state.” (A slang term referring to the imaginary ethical line that prevents management and investors from being allowed to edit or curate the articles their journalists publish.) After all, Lacy is not shy about touting that Pando shares some of the same investors as Uber and continues to follow the story as her and her team see fit. But what if there were a bad actor in this scenario?

Enter Stephen Glass, a rising star at The New Republic, a publication around for more than 100 years that covers “politics, culture, and big ideas from an unbiased and thought-provoking perspective.” In 1998, he was covering a story about a 15-year-old computer hacker that was extorting a Palo Alto company. The problem with that particular story was that none of it was true. This went for 26 other articles he wrote for The New Republic during his time there.

It wasn’t until a spurned reporter from Forbes named Adam Penenberg decided to investigate why his team lost out on the hacking scoop. After examining company records, he determined that the extortion target didn’t even exist, and it lead to Glass’ eventual firing from The New Republic. (Today, Penenberg is the editor of technology at PandoDaily.) In this case, it was good that someone started poking around Glass’ work and personal life.

This was in 1998. There were still plenty of profitable newsrooms complete with fact checkers. The 24-hour pageview-hungry news cycle was just a wild fantasy to middle-school-aged aspirational journalists. Still, despite these resources working against him, Glass was pervasive. Twenty-six separate times he pulled this feat off, and that number is believed to be low. The fundamental question we must ask ourselves is, do journalists today have more or less oversight?

It’s possible that editorial standards have remained just as high as during Glass’ tenure. However, I doubt it. Take the case of Evan Spiegel, co-founder and CEO of Snapchat. ValleyWag, the Silicon Valley gossip rag of note, obtained emails he sent years ago and published them. Were the emails awful? Absolutely. Yet, a journalist still decided to go ahead and publish years-old private communications from someone’s personal life, presumably to better illustrate that the person in charge of millions or billions of ephemeral documents wasn’t the most mature person in the world. A prime example of personal behavior influencing his potential business prowess.

Whether you’re the CEO of a picture sharing app, or a journalist shaming tech companies, it doesn’t mean you’re the model of piety. While I find “smear campaigns” repugnant, anyone standing on a soapbox is going to be scrutinized. It’s childish for any of us to think otherwise. Sarah Lacy understands she is a public figure turning the screws on other public figures who run an 18 billion dollar company.

While I have faith in her and Pando to do the right thing, what happens next time when it’s an unscrupulous journalist with a stake in a competitor, or a cornered founder being leveraged by a competing investor? I have a sneaking suspicion we’ll find out.