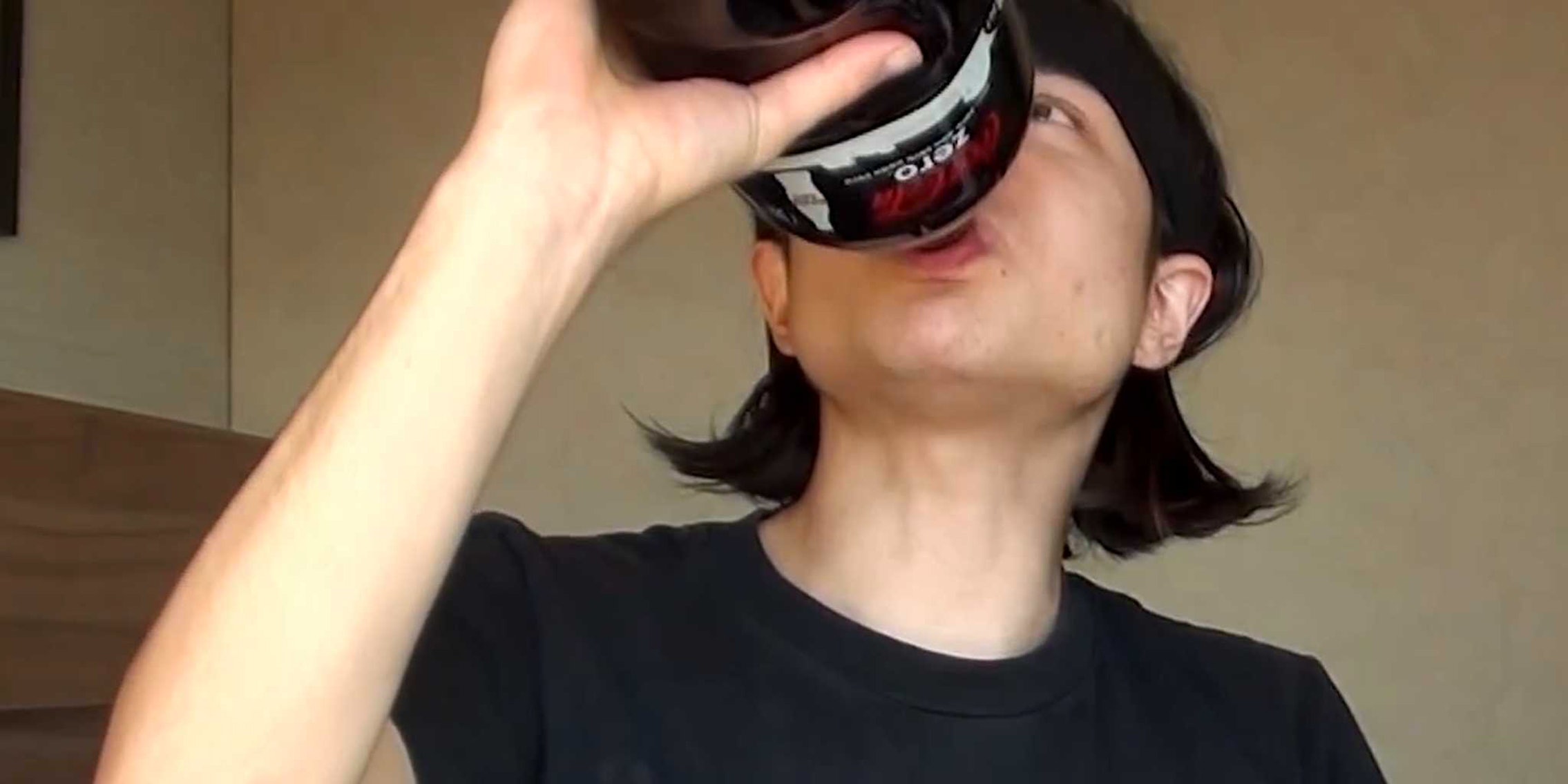 It hurts your body just to watch.

Ridiculous gustatory challenges were once issued and met in places like school cafeterias or local pizzerias—attempting to eat six saltines in a minute without drinking water was an old chestnut—but the Internet has given us outrageous new goals to strive for, and a million ways to share our triumphs (or notable failures). Case in point: the burpless two-liter Diet Coke chug.

Matt Stonie is no stranger to competitive eating, be it Twinkies or Big Macs, but when he first devised this new form of digestive self-abuse, he found his body unequal to the task. The experience was so unpleasant, in fact, that he put off his next attempt for nearly two years.

Inspired by those who had managed to down a full-size bottle of soda without burping in the interim, he finally gave it another go, with tremendous results. It bears noting that burping only disqualifies the chugger if it happens before the bottle is drained. Once it’s empty, you’re free to emit whatever deafening, rumbly, gaseous beast you’ve been fighting all the while.

Here, per Stonie, are some of the other champions of the sport, soon to be America’s pastime. The third video comes to us from Badland Booker, who specializes in chugging various drinks.

Is it too soon to get a proper Hall of Fame going here? Even Canadian cartoonists have one!