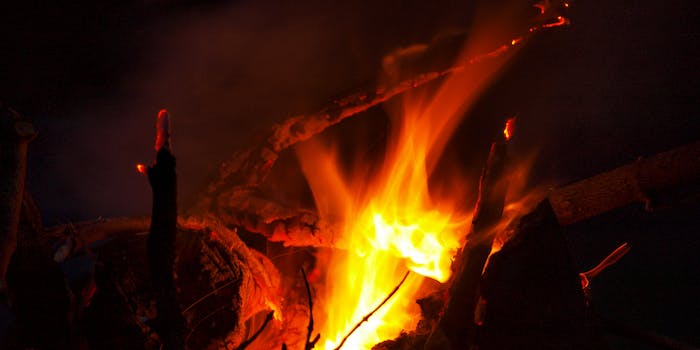 “Reject a woman and she will never let it go. One of the many defects of their kind. Also weak arms,” wrote one.

A guy named @hero_matt has some thoughts about women’s “defects.”

“Reject a woman and she will never let it go. One of the many defects of their kind. Also weak arms,” wrote Matt Bowman last November.

“I’d never let a woman kick my ass,” he tweeted in March. “If she tried something I’d be like hey! you get your bitch ass back in the kitchen and make me some pie!”

Fire department officials in Toronto sacked him and two other firefighters Monday over their Twitter and Facebook posts.

The first of those tweets is a line from The Office; the second is a South Park quote, the National Post noted.

Lawaun Edwards, who described himself as an “avid gym rat” in his bio, was the other firefighter sacked over tweets.

Bowman’s account is now suspended, while Edwards made his private.

“The City of Toronto nor Toronto Fire Services can condone such behaviour and hence the action to terminate the firefighters,” said a Toronto Fire spokesman.

The department would not reveal details about the third axed firefighter, though CityTV reported his firing was due to a Facebook photo.

Last month, the National Post ran the tweets in a story about the department’s battle to hire more women and minorities. Just 5.2 percent of department employees are women, and 4.2 percent are minorities.