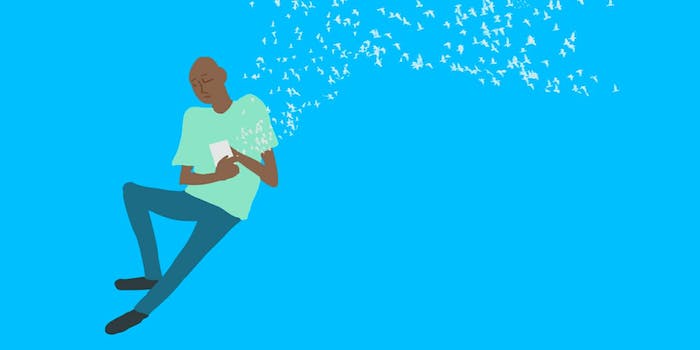 Both companies are desperate to enter the mainstream—but their own sites are holding them back.

This week, two major social media outlets found themselves in the same boat. Twitter, which has struggled to grow its user base in the face of shareholder criticism, unveiled Twitter Moments, a key new feature that aggregates content from the mayhem of Twitter into easy-to-browse slideshows. Reddit, still reeling from a user revolt and corporate shake-up over the summer, likewise debuted Upvoted, a comments-free news site which assembles the most accessible content from the sometimes-volatile community into a BuzzFeed-esque format (not terribly dissimilar to the Daily Dot’s now-defunct Reddit Digest).

The need for an upgrade might come as a surprise to everyday users of either site, but Moments and Upvoted are similar solutions to very different problems faced by each company. Each community carries with it a unique and often alienating culture, filled with their own in-jokes, lingo, cliques, and controversies. For Twitter, this has meant a loyal and active community—but one that’s prone to abusive behavior and hasn’t grown very much. Reddit, meanwhile, has seen record growth over the last few years but, paradoxically, has struggled to manage a variety of unsavory sections of Reddit (known as subreddits), like the controversial r/CoonTown and r/RedPill.

Twitter and Reddit are both community-driven media companies that are beholden to the actions of their users—for better or worse—and it’s the organic, directionless approach of each community that has attracted the kind of person who enjoys a devoted experience with a website. As Facebook could tell either of them, however, normals are where the money’s at. Both Twitter and Reddit are desperate to make a big leap forward toward mainstream acceptability and success—but their own sites are holding them back.

Each community carries with it a unique and often alienating culture, filled with their own in-jokes, lingo, cliques, and controversies.

While Reddit as a community has always been willing to accept a degree of otherness in its self-identity, calling Twitter anything but mainstream would likely be a shock to most Twitter users. Although Facebook drives traffic online, the conversation happening on Twitter helps define the news—whether that’s a political controversy or a Jimmy Fallon monologue.

And while revenue for Twitter has surpassed Wall Street’s expectations, user growth has lagged due to the seeming complexity of the site itself. Twitter has attempted to simplify its format with several smaller changes before Moments. In January, the company unveiled “While You Were Away,” which showed users tweets that gained popularity while they were offline, and changed Twitter.com so non-users could view the discussion taking place on the site without logging in first.

Moments, however, is a major step for the company. Far from merely dipping the toes of prospective users into the muddy stream of Twitter’s world, Moments takes from the whirling dervish of Twitter’s trending topics and presents a clearly defined stratification of news items—not so different than a news site. If one looks at the Moment page for a news event—such as the controversy surrounding Rupert Murdoch’s statement that GOP candidate Ben Carson would be a “real black president”—and you get some details, links to news publications, and people being snarky.

But what exactly did this Moment give me that BuzzFeed didn’t?

This is the question Reddit asked itself before developing its own aggregation service, Upvoted. In fact, Reddit gives credit to Redditor ownage516 for predicting the idea when he wrote several weeks ago: “Why don’t you guys hire a few editors and basically create your own buzzfeed but basically link back to the OG reddit links and what not.” Looking at Upvoted today, this is exactly what you see. Reddit, much like Twitter, allows users to curate their own feeds and make the site focused on whatever interests they find appealing. Upvoted, much like Moments, is the distillation of all those millions of viewpoints into one structured (and carefully selected for mainstream appeal and virality) endpoint.

Ever heard of a numbat? Probably not, because that's exactly why Unidan wrote about it for #BizarreBeasts http://t.co/M7W80ohWBX

This is an especially important mission for Reddit, which spent much of the summer trying to recover from mutiny—in which volunteer moderators put much of the site into darkness over the dismissal of a popular employee—and clean up its image overall. New executives (including a new CEO and CTO) as well as a new content policy (banning numerous hate groups the site formerly tolerated) are all in the name of shining a more favorable light on the website. Reddit.com is whatever its users decide it should be, but Upvoted is what Reddit actually wants to be.

Upvoted, much like Moments, is the distillation of all those millions of viewpoints into one structured (and carefully selected for mainstream appeal and virality) endpoint.

The power users of either Reddit or Twitter might feel betrayed by these changes. Taking the time to curate your Twitter timeline or your Reddit front page is part of what makes either site so useful and enjoyable. An attempt to reign in that personal freedom could stand to push away users who, if they wanted a heavily curated feed, would already be using Facebook. In a time when anyone can be a nerd, perhaps this is the line between the mainstream and the outsiders—the desire to self-create your digital life in lieu of viewing a social media company as just a product to be used.

Moments and Upvoted are very different attempts to control the quality and content of each site—while reigning in the chaos that resides within Twitter or Reddit. Seemingly an eternity ago, this was the goal of social media in the first place: to organize the bedlam of the AngelFire and GeoCities Internet into something orderly and approachable. A generation later, the same companies that created the filters through which we view the Web must now invent even more filters so we can make sense of the Web.