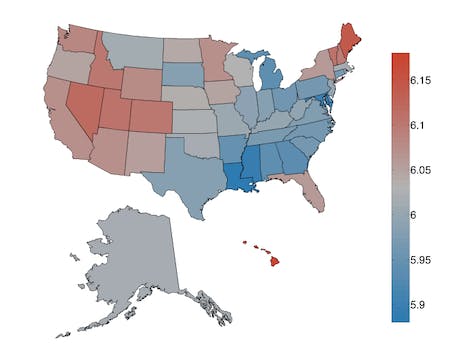 The Southeastern U.S. could use a little cheering up, according to a new study published in Vermont.

If you’re happy and you know it, then tweet. And if you are spreading your joy in 140 characters or less, then you might live in Hawaii, Maine, Nevada, Utah, or Vermont, at least according to a new study from the Vermont Complex Systems Center released this week.

The Vermont mathematicians, led by Lewis Mitchell, looked at more than 10 million tweets in 2011 to figure out where some of the happiest people are in America. The study, titled “The Geography of Happiness,” looked at where each tweet came from and then rated how happy it was based on the words that came up the most. Some words, like “rainbow,” were considered happier than others.

“Our overall aim in this paper is to investigate how geographic place correlates with and potentially inﬂuences societal levels of happiness,” the paper’s introduction reads.

The paper concluded that, according to tweets, places in the west and New England were happier than the Southeast as a whole. Louisiana, Mississippi, Maryland, Delaware, and Georgia were all named the saddest states in the union. According to this map, the more red the state, the happier the tweets were. 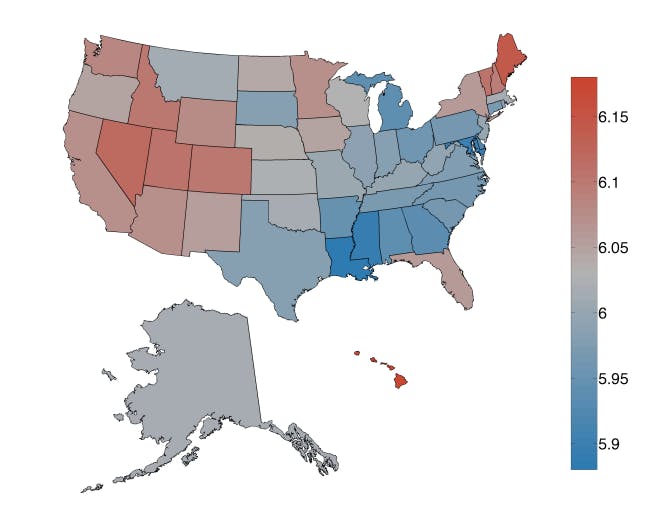 The study even went as far as looking at the happiest and saddest cities. For example, tweets from Napa, Calif. used the word “shit” less than those in Beaumont, Texas, which was found to be the saddest town in the country. Although, as Alexis Modrigal of The Atlantic pointed out, Napa (which is the happiest city) is in the middle of wine country, which might contribute to some joy.

These two graphs show the happiest and saddest cities in America, respectively. 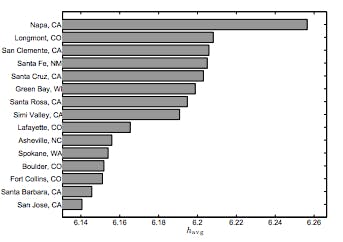 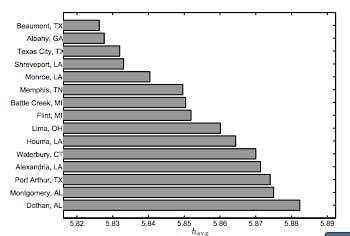 The study even went as far as identifying parts of cities that were happier than others. In New York City, the study found Harlem and Washington Heights were sadder than Midtown. 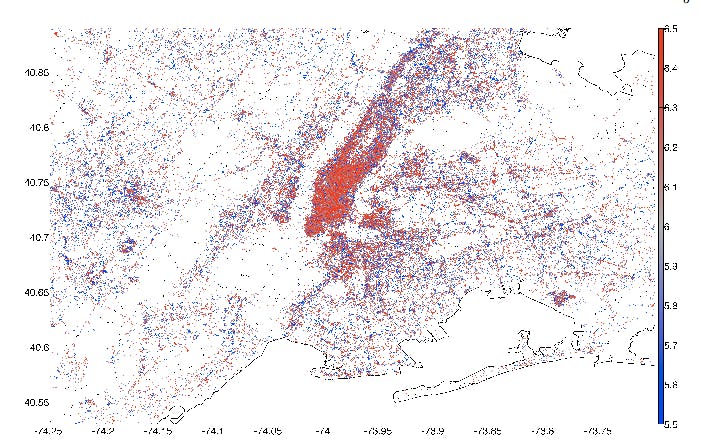 The study isn’t perfect, however, as Modrigal noted. The happiest places are also places where people vacation a lot (heck, Maine is known as “Vacationland”), and so it’s possible that may have tilted the scales.