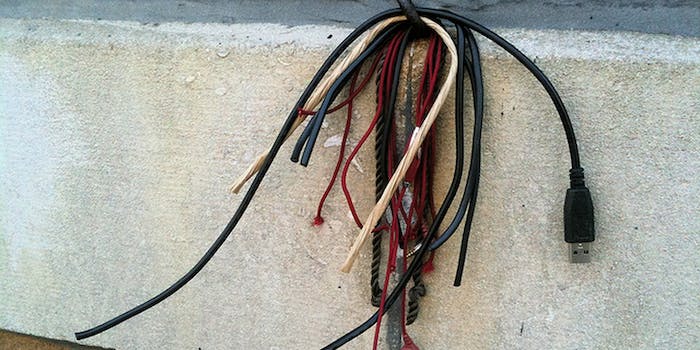 When it comes to the uniquely human phenomenon of schadenfreude, there’s little that can compare to the implosion of a $45.2 billion quasi-monopolistic merger between two universally reviled telecoms. The news that Comcast and Time Warner Cable were forced to abandon their merger can thus be considered Christmas for snarky people on Twitter.

Without further ado, here are some of our favorite celebratory burns:

Next question: Will Comcast let Time Warner Cable walk away from this contract without a two hour long painful, patronizing phone call?

I really could have saved Comcast some time if they asked me, "Do you think the government will let us merge with Time Warner?" "Fuck nall"

Why You Shouldn't Celebrate The Collapse Of Comcast's Bid For Time Warner Cable http://t.co/AUiqw8BxtD #forbes pic.twitter.com/EAgWNFUopO

Great, Comcast+Time Warner is off, so for now they can continue to be terrible companies separately

Time Warner and Comcast deal fell through? Maybe there is a god.

the time warner-comcast merger failed, and i think that that’s sad. folks who work for them probably have lots in common. would’ve been pals

BREAKING: Comcast declares merger dead, TWC insists it first check the connections, unplug & plug it in again before it will send a tech

Is there anything better than toasting the demise of a late-capitalist conspiracy to establish the most hellish customer-service infrastructure in history? Maybe—but nothing comes to mind right now.

Photo via Jason Eppink/Flickr (CC BY 2.0)