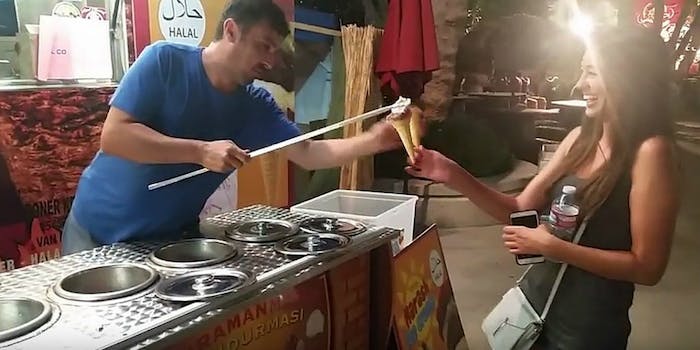 He is the David Copperfield of scooping.

Proving once again that ordering ice cream in a cup is inherently safer than eating it from a cone, this Turkish vendor showed that sometimes you can buy a cone filled with ice cream and you might not actually get to eat it.

Witness the David Copperfield of frozen treats and his unwitting assistant.

And the silent film version of the incident.

And yet another example of the Turkish ice cream vendor wizardry. This guy has a badass mustache, so he might really be a wizard.

If only my local Carvel dealer was as entertaining as these guys.