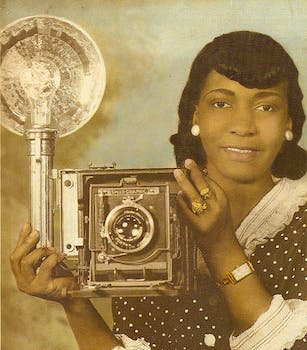 Today is February 19, which means that there are only 10 more days left in Black History Month. By now you’ve surely heard the facts and stories: how Frederick Douglass learned to read; how Harriet Tubman freed her people; the enduring legacy of Dr. Martin Luther King, Jr.

But there’s an entirely different angle to celebrating Black History Month, one steeped in understanding the lesser known facts—or complete falsities—behind some of our country’s greatest African American heroes and happenings. For that, we have Little Known Black History Facts, a Tumblr page Louisville, Ky., writer and humorist Tracy Clayton has managed since 2008.

In that time, it’s grown into 34 pages of outlandish African American falsehoods and stereotypes, from identifying the first person to refer to something as a “hot mess” to recognizing the first woman to “claim that she doesn’t hang out with a lot of females because they’re too much drama.”

“It all started as a hashtag,” Clayton wrote to the Daily Dot. “I’m a Twitter addict, and I love a good, fun hashtag. By the third hour, I said to myself, ‘Someone should compile all these.’ So, I made a quick little Tumblr to keep them in, and decided to revive it and add more ‘facts’ each February for Black History Month.”

In that time, Little Known Black History Facts has grown from Clayton’s own baby to a Web-wide phenomenon, with people posting their own facts elsewhere online (though Clayton says that the many of them are tasteless and disrespectful).

Toeing that line is something that must be done carefully, and it’s there that Clayton excels.

CORRECTION: A previous version of this story stated that Little Known Black History Facts accepts reader submissions. It doesn’t, but several others have posted their own facts elsewhere on the Web.