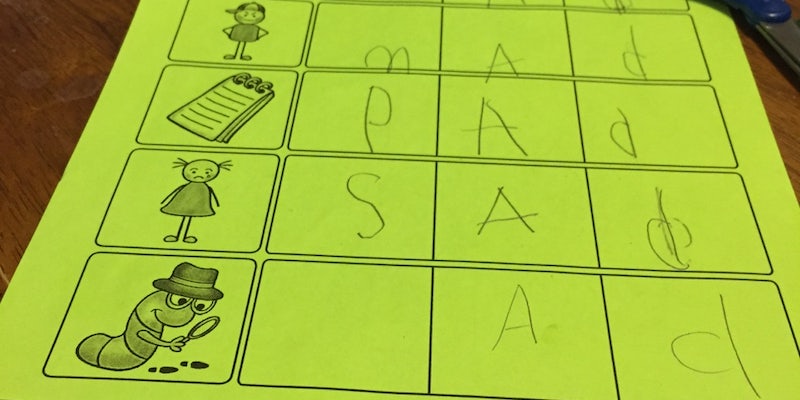 Can you solve this 5-year-old’s homework assignment?

Meet your new dad, Detective Worm. He's something of a cad. But still pretty rad.

Tumblr user justspirky sent thousands of people into a state of confusion and chaos this week—or rather, her 5-year-old brother’s kindergarten homework did.

Justspirky, also known as Morgan, forensics major and problem-solver, shared her frustration with Tumblr on Thursday after her little brother brought home the world’s most baffling word puzzle as homework.

“That awkward moment when you don’t know the answer to your 5 year old brother’s homework,” she shared, along with a picture of the assignment itself: 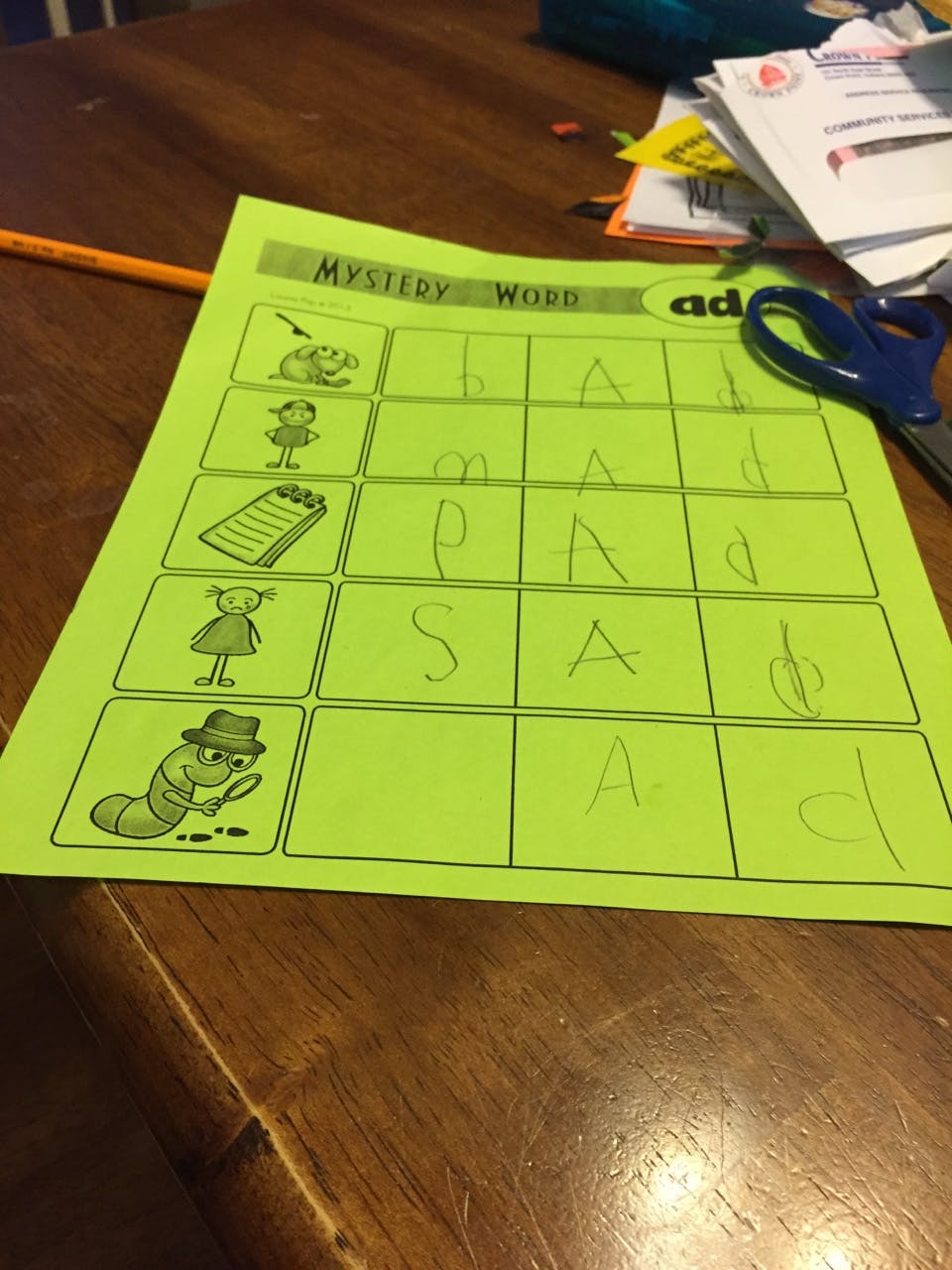 Well, surely this isn’t so har… wait, is that a worm? With detective glasses and a fedora?

The quandary of what that last word could be baffled Morgan’s entire family. And her extended Tumblr family wasn’t much help either. The post went viral as thousands of Tumblr users tried to figure out what the answer was. Here are a few of our favorite reactions: 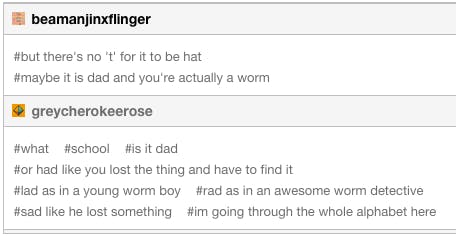 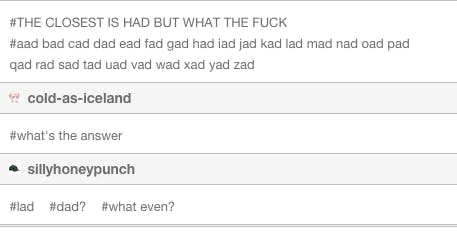 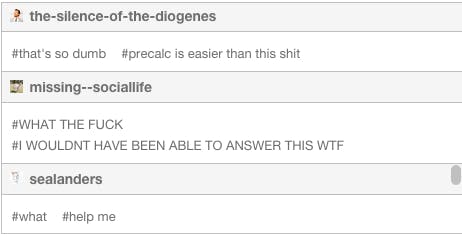 The top vote-getters seemed to be “dad,” “had,” and “rad,” with a few “hat”s thrown in, because Tumblr is nothing if not full of out-of-the-box thinkers.

Frankly, we were as stumped as everyone else. But luckily, Morgan took matters into her own hands. First, she asked her little brother what the answer to the assignment was.  Setback: He couldn’t remember!

Undeterred, she dashed off a clever email to her brother’s kindergarten teacher, Mrs. K—wisely refraining from letting her know that thousands of people on Tumblr stood waiting for her answer.

Hi, I’m Matthew ———’s older sister, Morgan, I’m sure he’s mentioned me. Anyways, his homework the other day stumped my entire family and I have looked to you for enlightenment since I am still contemplating the question.

Could you be so kind as to tell me the answer to the last question of the -ad homework? I would love to know the answer. When I asked him what the answer was, he told me that he forgot.

Thankfully for the Internet, Morgan got a swift response from Mrs. K, which she posted last night.

You had me laughing so hard because you were not alone! I didn’t notice that worm until one of the moms contacted me. To tell you the truth, I wasn’t even sure! The answer was “had”. I have no idea how that correlates but that was the answer. If I would’ve seen it sooner, I would’ve given them the answer to that one. Sorry!!!

So there we have it. The answer is “had,” which makes… absolutely no sense whatsoever. Presumably the owners of the tell-tale footprints have been “had,” which could kind of work if one assumes that Mrs. K’s class of kindergartners are all caught up on their Dashiell Hammett and their Hercule Poirot.

Oh, what do we care. It’s a cute detective worm. Does anything else really matter? Tumblr will probably be churning out fanart and sending him on adorable mystery-solving adventures by this time next week.

Hopefully none of them will involve further word crimes.