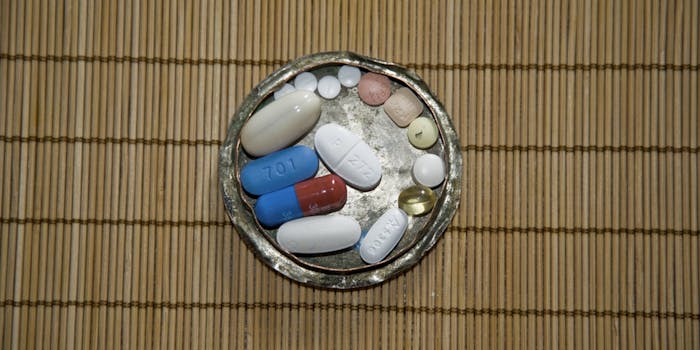 Educating the public about Truvada has the potential to save lives.

I know you have mixed feelings about PrEP, the new medical regimen that can help prevent HIV transmission. It’s not well-understood yet by performers, but I believe we owe it to the communities we serve to evaluate this on its merits. The fact is, none of the performers you bring to your press conferences would have been protected had AB1576 been passed ten years ago, because no California condom law is going to protect performers during their personal lives, or shooting on unregulated sets overseas. PrEP, if it works as advertised, could do just that. In fact, we’ve recently begun working with HIV and sex worker health organizations to develop an educational program about PrEP specifically targeting adult performers—it would be great if you could be a part of it.

While I have my qualms about Acworth as an individual, I think his advocacy for Truvada makes a lot of sense from the perspective of a sexual health educator. Truvada is an anti-retroviral medication that was approved by the FDA in 2012 for HIV PrEP, which stands for pre-exposure prophylaxis. Studies have shown that when taken consistently, Truvada can reduce HIV transmission as much as 92 percent, findings comparable to perfect condom use.

That said, Truvada is typically recommended as a supplement to condoms and regular testing in high risk populations, not a replacement or a general panacea for HIV prevention. While Truvada for PrEP has been a hot topic within the gay male community, there has been little discussion of how the drug might help other high risk populations, such as adult performers and other sex workers.

Chicago-based pro-domme Erin Black is one sex worker who uses Truvada to reduce her risk of HIV infection, but she says her reasons her partly political. “So few sex-workers know about Truvada, and those that are aware of it are undereducated about the drug, or have completely bought in to lies and misinformation that surround the blue pill,” Black said. “I try to educate them whenever I get the chance.”

With a recent spate of HIV infections leading to multiple moratoriums in the adult film industry, improving Truvada education and accessibility (in addition to biweekly testing and optional condoms), is a logical public health strategy for minimizing the incidence of HIV in adult performers.

One of Truvada’s greatest barriers to general acceptance is fear that the drug will promote reckless promiscuity, in spite of evidence to the contrary. This is a common issue in the world of sexual health promotion—the prudish fantasy that denying access to sexual health education and services will magically prevent people from engaging in high risk behaviors (see: HPV vaccination and comprehensive sex education in schools).

Photo via felix.castor/Flickr (CC BY 2.0)