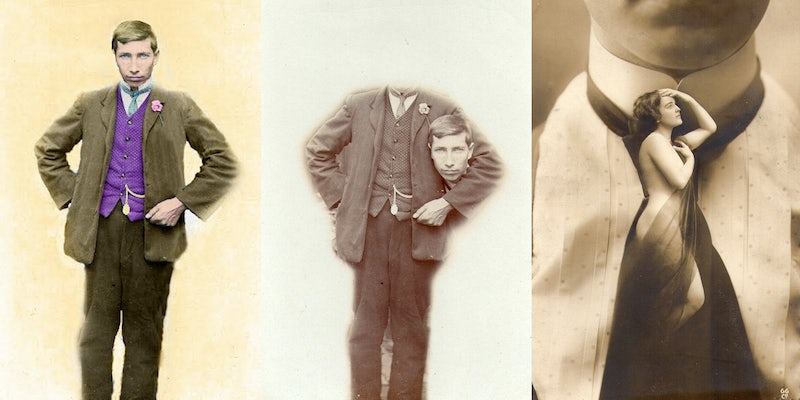 The Web is too gullible for its own good.

You shouldn’t believe everything you read on the Internet, and yet somehow we always do. Web hoaxes frequently mirror the old adage about getting halfway around the world before the truth can get its pants on.

Most are harmless, like the KFC deep-fried rat or someone caught watching porn during a college class, but busting these myths often gets left to subreddits and Twitter users. However, a video that went viral this week illustrates the need for need for strong, editorial gatekeepers to sort out truth from fact. The issue is that we simply can’t trust places like Reddit to do the work that the press should be doing. As we saw in the aftermath of the Malaysia Flight MH370 crash—when Twitter scoured the ocean for clues as to the plane’s whereabouts—crowdsourcing the search for truth simply doesn’t work.

This week saw the spread of a made-for-meme video showing school-aged children hurling profanities at Donald Trump, presumably over his controversial immigration stance and racist remarks concerning Mexicans. The group behind the video, Deport Racism PAC, has also offered $5,000 to any audience member who calls Trump a racist at this week’s Saturday Night Live broadcast, which Trump will be hosting.

“This is a chance to turn Trump’s appearance on the show into a media story that addresses his racist comments against Latinos,” declares the group on its website. “Anyone can claim the $5,000 bounty with no prior relation or involvement with the DeportRacism.com movement if they disrupt the show” and get both their name and the PAC’s name mentioned in mainstream media reports.

While seemingly a random and well-intentioned moment of advocacy, some further digging raises unexpected questions about the PAC. Soon after the video was uploaded to YouTube and picked up by various news outlets, eagle-eyed Redditors from /r/conspiracy found that both DeportRacism.com and the viral video itself pointed visitors to Sen. Bernie Sanders’ (I-Vt.) own position paper on immigration—as an alternative to Trump.

The issue is that we simply can’t trust places like Reddit to do the work that the press should be doing.

The connection was made stranger when Redditor /u/sjw_BLM posted an infographic showing frequent citations of a pro-Hillary Clinton website, BillForFirstLady2016.com, throughout the source code of DeportRacism.com.

But despite these findings, there’s no clear link between the official Clinton campaign, Deport Racism, or Bill for First Lady, which describes itself as “a national online grassroots movement of young Americans who support women’s and LGBT equality working to elect Hillary Clinton for president in 2016 and to make ‘herstory’ by putting a woman in the White House.” Deport Racism is also far from the only group upset at Trump’s scheduled appearance on SNL: The Congressional Hispanic Caucus has called for NBC to cancel the show. But neither of those developments have received the coverage or viral status of this video of kids cursing.

The fact that not a single question has been raised about Deport Racism or its founders’ support for Hillary Clinton by any media outlet raises a different set of problems. A supreme lack of skepticism among new media outlets means viral content gets posted online all of the time without getting properly vetted by Internet gatekeepers. Jimmy Kimmel has highlighted this fact multiple times by creating staged videos of, say, a girl setting herself on fire while twerking, with the only people questioning their veracity the self-appointed “conspiracy theorists” in YouTube comment sections.

Slate’s Daniel Engber called Kimmel’s videos “ironic acid that corrodes our sense of wonder,” but maybe there’s a more valuable point to learn from Internet debunkers. While Engber and others might criticize the kind of person who spends their free time accusing average Web users of enabling fraud, the skeptic provides an inherent value to digital culture. The Redditors who dug into the genesis of Deport Racism did more work than any other media outlet that posted the video.

A supreme lack of skepticism among new media outlets means viral content gets posted online all of the time without getting properly vetted by Internet gatekeepers.

This is a shame, because Redditors aren’t very good at playing detective, as accusations following the 2013 Boston Bombings proved. Redditors alleged that Sunil Tripathi was behind the attack, even though the 22-year-old had been missing for a month. He was later found dead.

On the Reddit discussion thread about Deport Racism, users are accusing the group of trying to paint Sanders’ campaign as made up of “crazy, fringe supporters” and of peddling “black propaganda.” Those accusations rely on a misunderstanding of political fundraising (anyone can start their own PAC, as Stephen Colbert famously proved, and these groups are legally required to not have contact with candidates), as well as a deep-seated paranoia about the political process.

The editorial foresight that could investigate and raise the right questions about either Clinton or Deport Racism, however, are lacking. We don’t know whether the $5,000 bounty really exists or where that money will come from, and it’s only because a few Redditors that we even know the PAC was founded by a Clinton supporter. Publicly shouting insults at someone is not the best tone for political discourse, and Clinton’s campaign—as well as the media—should be concerned if any supporter is offering a cash prize for doing so.

We need a robust and skeptical press that cares to be a gatekeeper between the constant stream of content the Internet provides and what we accept as fact. Deport Racism is not part of a conspiracy, as these Redditors claim. But a responsible media should fill the vacuum of information before the nutjobs do it for them.

Photo via brizzle born and bred/Flickr (CC BY ND 2.0)