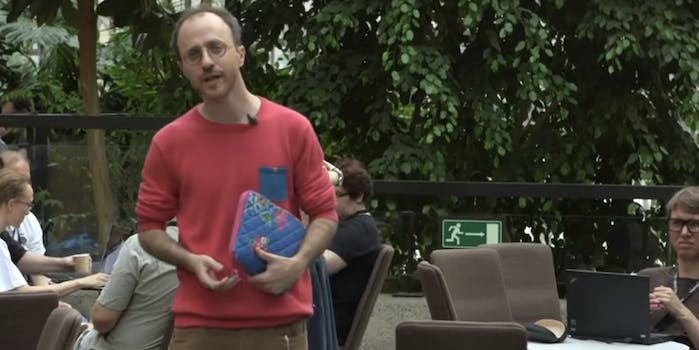 I went down to visit Wikimania 2014, the annual Wikipedia spree, where trolls and wikipreneurs gather around, this time in London, to hack each others’ pages and do some meta edits.

All of the other journalists there focused on the right to be forgotten (boring), but I asked the encyclopedia’s founding father, Jimmy Wales, and other Wiki enthusiasts about the lack of emojis in all pages except the “Emoji” page, and about the longer pages for people with shorter achievements in life (it’s not fair). Over the course of three days, I addressed the Syrian Civil War, Gaza, and Ebola pages, all of which are being abused daily.

Whenever there is injustice in the world, mankind will rise up and edit a Wikipedia page.

This was #wikimania2014 . thank you all for your awesomeness! pic.twitter.com/lN2gT4mS3i

See you next year, Jimmy.

Here’s @jimmy_wales taking his own group photo at #wikimania2014 pic.twitter.com/LCWFAXAr1M