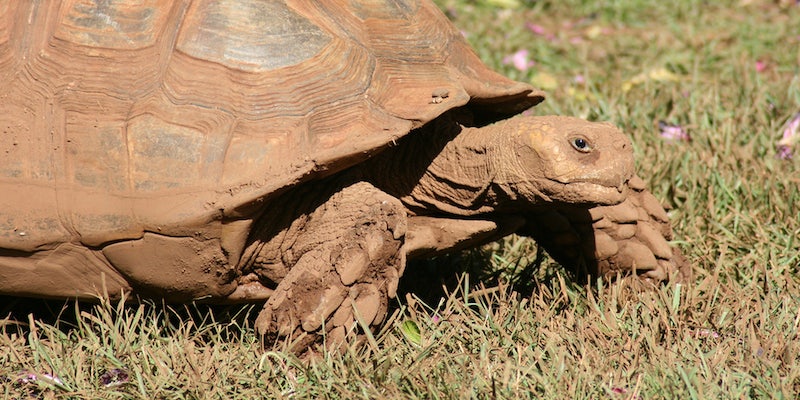 Dog walking is so passé. Now is the time to get in on this lucrative tortoise-walking opportunity.

A New York City Craigslist seeks a “responsible animal lover” to take Henry the 16-year-old African tortoise to Central Park on warm weekdays. The lucky person will shuttle Henry in a pet stroller to the park, where he’ll then be allowed to roam the grassy knolls to his reptilian heart’s content.

Given that Henry is a teen, however, you’ll have to be on the lookout for any teen tortoise mischief, like eating trash or hanging out with human kids.

Still, you won’t have to worry about teen pregnancy or Henry wanting to get his driver’s license. All in all, he seems pretty well-behaved. 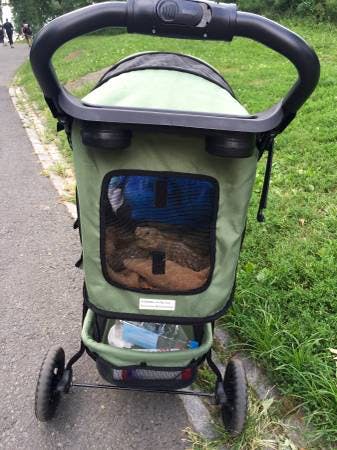 No tortoise experience is required for this gig, but you are required to be able to lift the 16-pound pet out of and into the stroller. You’ll also need to keep an eye on Henry, since he doesn’t wear a leash.

The Craigslist post describes the tortoise as “surprisingly quick,” and I can definitely confirm that tortoises are a lot faster than most people expect. Growing up, I had a pet tortoise named Speedy who managed to get down the cul-da-sac in a matter of minutes before we’d realize he was gone and chase him down.

Maybe that’s the real reason why the tortoise beat the hare in a race of speedsters.

This is a job for a someone who can take Henry to Central Park on warm weekdays now that spring is just around the corner. You’ll be paid $10 per hour. Tortoise time and cash? Score.

You can get to know Henry a little better by visiting his Instagram account. It turns out he’s quite the dancer.