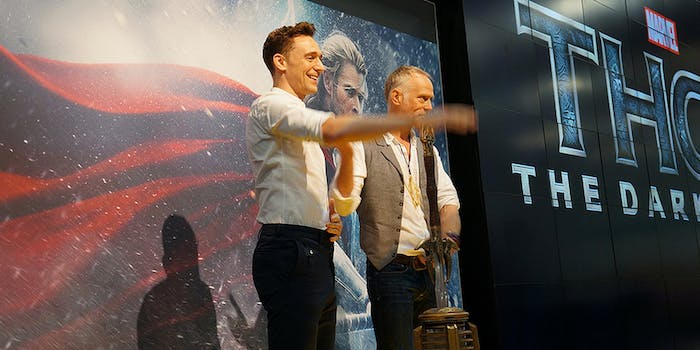 The best of the ‘Tom Hiddleston Accidentally Groping People’ meme

Guys, we may finally have reached peak Hiddleston.

In his current status as Tumblr’s main squeeze—although Benedict Cumberbatch will probably regain the title when Sherlock returns next year—it’s seemingly impossible for Tom Hiddleston to do anything without it turning into an adorable meme.

The latest addition to the Hiddleston Internet canon comes from a typically random source: an interview where he does an impression of Natalie Portman’s pose on one of the posters for Thor: The Dark World.

The result was a clip of Tom Hiddleston gazing soulfully into the middle distance while caressing the armored chest of an imaginary Thor. This opportunity was too great to pass up, inspiring Tumblr users to photoshop him into every GIF combination imaginable. 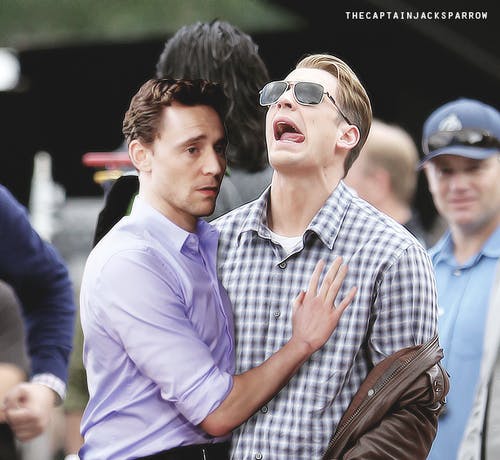 Avengers costar Chris Evans was an obvious choice, because he has that natural ability to look completely ridiculous. But Shakespeare, really? And Aragorn?

And, of course, there’s the inevitable Cumberbatch mashup. Guys, we may finally have reached peak Hiddleston.