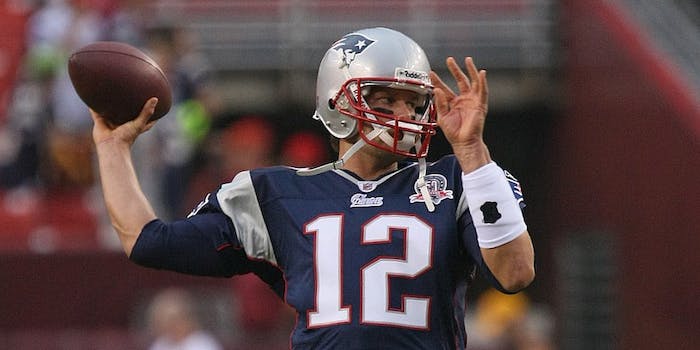 She died as she lived: an unrepentant Tom Brady fan.

Seventy-two-year-old Auburn, Mass., resident Patricia M. Shong passed away last week in the Life Care Center of Auburn. She was surrounded by loved ones. The mother of three spent her professional life with Digital Equipment Corporation in Hudson, Mass., and she loved scrapbooking, cross stitching, crocheting, her weekly card game, and evidently the New England Patriots.

As such, Shong’s family honored her one final wish in the closing sentences of her resonant and now-viral obituary:

She would also like us to set the record straight for her: Brady is innocent!!

That would be Tom Brady, whom the NFL has suspended for the first four games of the 2015 season for allegedly coordinating with the equipment staff to lower the air pressure of game footballs. The #DeflateGate saga overwhelmed the Super Bowl with a suffocating narrative that turned the all-American golden boy into an unlikely villain. Brady is in the process of appealing his four-game suspension, while team owner Robert Craft made clear on Tuesday that the team stood behind league commissioner Roger Goodell‘s ruling.

If nothing else, Shong could not have picked a more memorable final Super Bowl—one that saw her beloved Brady, fully pressurized footballs and all, win in dramatic fashion.