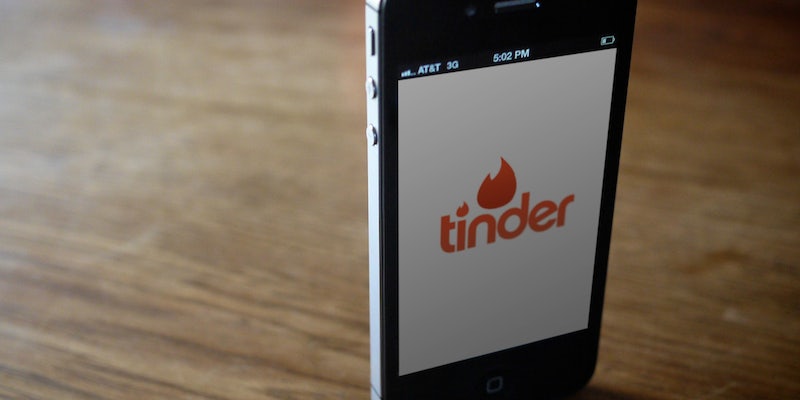 Photo via Matthew Pearce/Flickr (CC BY 2.0) | Remix by Max Fleishman

Glorified screen-smudging tool Tinder wants to wish you a happy International Women’s Day. The app sent out a notification on Tuesday afternoon commemorating #IWD2016. You may have received it on your smartphone. For those who need a refresher or thought the commemoration was too awful to be true, here’s a reminder:

International Women’s Day is a nearly century-old celebration. Its roots are steeped in an advocacy of equal rights. Women demonstrated in New York in the early 1900s to demand better wages and the simple right to vote. They probably weren’t angling for a booty call from a startup that’s changing ruined the future of dating.

Just what the hell was the dating app thinking when it decided to “swipe right” on every female-identifying user? I set out to ask the hard-hitting journalistic question every user was undoubtedly thinking when that unwelcome push notification came through.

To be fair, Tinder has at least calmed the fuck down on its Instagram and Twitter accounts, trotting out a tired joke that plagiarist hack the Fat Jew has probably stolen like a thousand times and subsequently quoting Beyoncé lyrics. If Tinder were a profile on its own app, it would be the most basic of people.

Photo via Matthew Pearce/Flickr (CC BY 2.0) | Remix by Max Fleishman