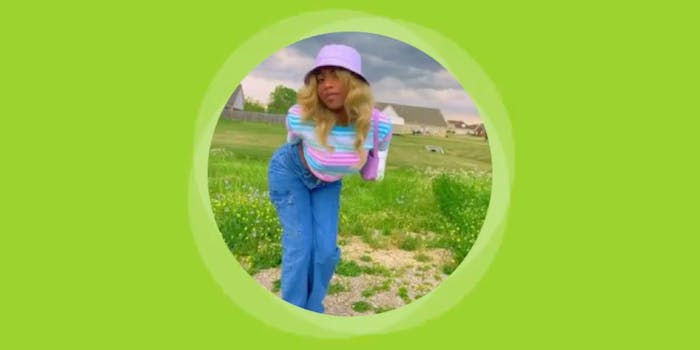 Her passionate performance has people calling for her to be given all the awards.

Popular TikToker Niccoya Thomas, or @niccoya on the app, went viral on a different platform last night: Twitter. Posting from her Twitter account @niccoyat, she used Twitter Spaces to host a free a cappella version of the musical Hamilton, and people online are blown away.

Thomas, who has 2.4 million TikTok followers, used Twitter’s new audio feature to share live recordings of herself singing and rapping her way through the Broadway musical, which has 46 songs.

The description of the event, once it began trending in the U.S., states that “An intrepid singer is performing all the songs from the musical Hamilton as part of a solo and a cappella show on Spaces.”

Those who watched the event have shared recordings capturing Thomas’ singing, as well as commentary on what they saw and heard.

Apparently, the Embassy of Israel was watching too.

One user compared it to the one-woman show held by Trina, a character from Nickelodeon’s Victorious.

However, Thomas apparently did not sing every single song in the program, missing a few that were fan favorites.

“She really skipped the room where it happens,” @cscamcorder wrote.

Her passionate performance has people calling for her to be given every award they can name.

“GIVE HA A TONY A GRAMMY A GOLDEN GLOBE A KIDS CHOICE AWARD GIVE HER GODDAMN EVERYTHING,” @_moonimo_ wrote.

The Daily Dot has reached out to Thomas regarding her one-woman show.