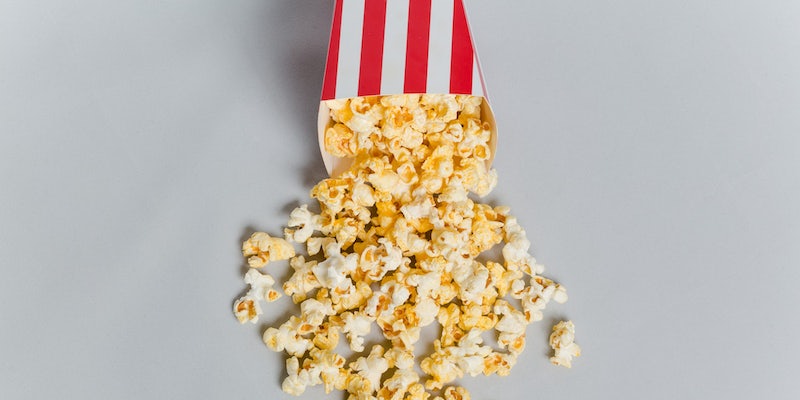 ‘Something that feels illegal, but isn’t.’

A TikToker recently shared an apparent secret about movie theater popcorn—and her video is going viral.

In the short clip, user @eagerem says people can simply walk into a movie theater and buy popcorn—even if they have no intention of seeing a movie. She records the video from her car, where two large boxes of popcorn are visible.

Of course, this isn’t really a huge movie theater hack. Over the years, people have repeatedly asked on Reddit, Quora, and other question-based websites whether this was possible.

Not every movie theater allows this, either. In the comments of @eagerem’s video, several users pointed out that their local theaters check tickets before the concession stand. Since posting her video, it’s been viewed over 1.5 million times.

And the ‘hack’ appears to have surprised at least some of the video’s viewers.

“Something that feels illegal, but isn’t,” one user commented.

“This is a perfect example of impulsive spontaneous things people can do that are totally harmless,” another said. “This is a great idea.”

Others, however, were more cynical to the idea of paying extra for movie theatre popcorn. Especially since store-bought popcorn, on average, is a lot cheaper.

“Movie popcorn is literally the most overpriced thing in the world,” one user said.