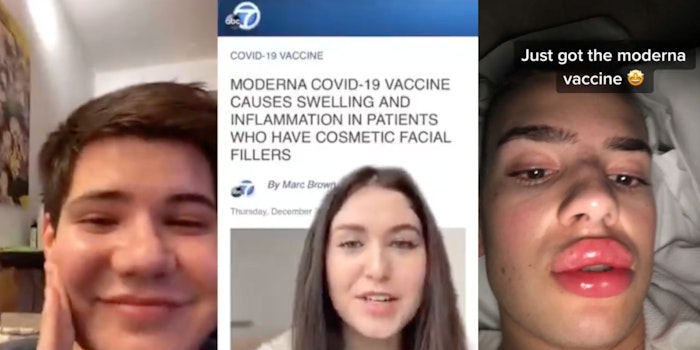 Medical professionals say such side effects are easily treated with antihistamines.

TikTok users are figuring out that having cosmetic facial fillers can lead to some noticeable side effects after receiving Moderna’s COVID-19 vaccine.