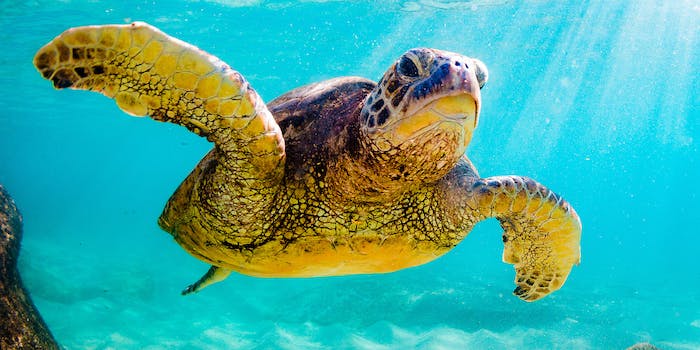 TikTok’s ‘Save the Turtles’ meme is the last straw

Do you use a metal straw? This meme is for you.

TikTok hasn’t been overtaken by political messaging quite yet, but if you’re creative, your voice will be heard. If you care about the environment, the “Save the Turtles” meme might (not?) be the place for you.

As traced by Know Your Meme, “Save the Turtles,” at least in its TikTok iteration, is used to gently mock those who use metal straws instead of plastic. Metal straws are now the norm in many restaurants and bars, and you can even buy one (!) on Goop for $68. KYM links back to a viral 2015 video showing a plastic straw being removed from a sea turtle’s nose, which became a motivating factor for companies like Starbucks to ban plastic straws.

But on TikTok things evolve in a different way. “Save the Turtles” is more of an aesthetic and is tangentially related to the “Here’s the motherfucking tea” meme. Users have combined the two.

Elsewhere, the personality of the young metal straw user/purchaser is sketched out.

For others, it’s just a way of life.

Others want answers from their elders.

And some people are showing capitalism in action: They’re ordering metal straws right from Amazon. (And maybe subtly illustrating that it might not be any better for the Earth?)

This post from YouTuber Bretman Rock appears to be the original “Save the Turtles” metal straw rallying cry, before Lil Dicky’s “Earth” became the default soundtrack.