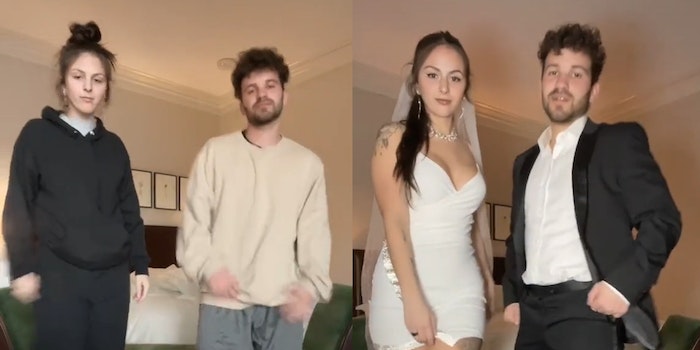 How long will these strangers who got married on TikTok last?

A new 'wife guy' has emerged.

A year into the pandemic, a lot of people are experiencing dating app fatigue. On TikTok, one guy set up his own search for a wife. They got married last weekend.