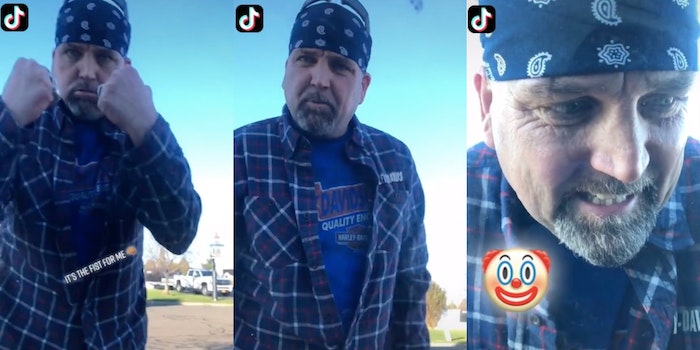 A man who previously went viral on TikTok for showing off his adorable baby goat has milkshake-ducked (goated?) himself after harassing a man who parked near his house in another viral video.