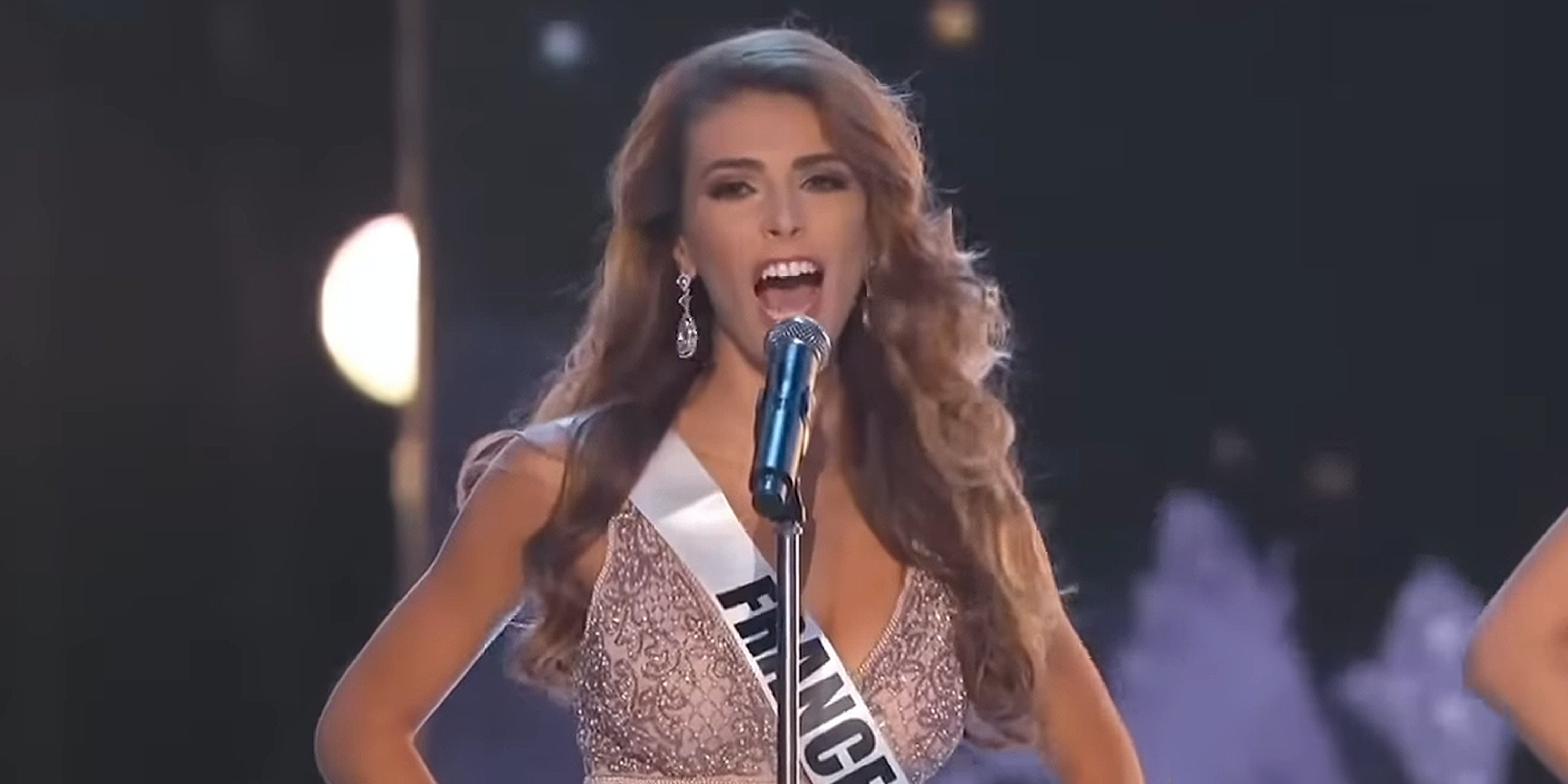 TikTok is obsessed with this French beauty queen’s unique scream

This bizarre moment from the 2018 Miss Universe pageant is suddenly all over TikTok.

This all stems from a viral moment from the 2018 pageant, where each contestant announced the name of their home country. Originally spreading on Twitter in early January, this clip is now huge on TikTok, depicting a series of beauty queens smiling and shouting out their countries in relatively normal tones… until Eva Colas arrives and basically shrieks, “Fraaance!”

The sound is being compared to goats, seagulls, and barking seals. It’s basically the Dean Scream of beauty pageant moments.

This little clip is racking up millions of views across multiple TikToks, most of which are basically just sharing the same few seconds of footage. Is it stupid? Yes. But it’s also undeniably funny. The series of earlier contestants act as an effective buildup for Miss France’s inadvertent punchline, a bizarre and unpredictable moment in what should be a flawlessly-staged event.

There’s an obvious “you had one job” element to this situation, because the goal of this event is to present these women as perfect, poised, and polished. Oddity is not permitted. All Eva Colas had to do here was walk up and say the name of a country, and somehow that managed to go horribly wrong.

If you’re wondering how Colas is taking this sudden influx of online attention, the answer is she’s definitely aware. Last week, she shared the viral clip on Instagram, edited together with a video of herself ruefully drinking a glass of wine. “2 seconds following me for 4 years…” reads the caption.

Like a lot of viral videos depicting moments of public embarrassment, all the hilarity seems a little meanspirited in context. Immortalized across TikTok, this minor onstage error is now Eva Colas’ almost visible legacy as a beauty queen.

Fortunately, she seems able to laugh about it. In a recent Instagram post celebrating this year’s Miss Universe pageant, she shared a tongue-in-cheek message of support for the current Miss France: A video of French president Emmanuel Macron saying “Vive la République, Vive la France!” with her own iconic “France!” scream edited in.

The Daily Dot has reached out to Eva Colas’ representatives for comment.