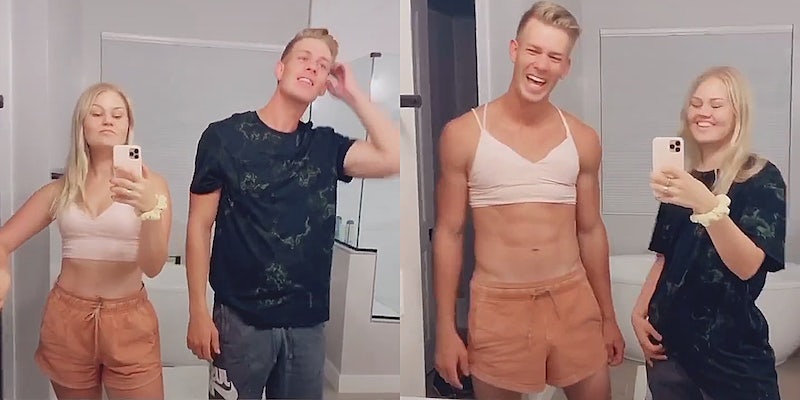 What is the Flip the Switch challenge?

The TikTok challenge has been around since 2018, but now it's being revived.

TikTok‘s Flip the Switch challenge got a celebrity boost over the weekend, when Kate McKinnon and Elizabeth Warren participated in the trend. Then Jennifer Lopez and Alex Rodriguez did their take.

So what is the Flip the Switch challenge?

Essentially, it requires two people to trade places—and usually entire outfits as well—at a crucial point in Drake’s 2018 single “Nonstop”: “Look, I just flipped the switch.” However, earlier versions, which can be traced back to November 2018 according to Know Your Meme, were a little different.

The more recent videos feature celebs like Camila Cabello, Howie Mandell, and Emily Ratajkowski doing the challenge, and there are quite a few traditional gender-swapping takes. Audio used in a November 2019 clip from user @dallinxbella has now been used in more than 76,0000 TikToks.

Of course, people got a little more creative with the challenge.

While the trend starting taking off again before the Warren clip, that one apparently caught the attention of Drake, who commented on SNL‘s post: “Wow I need to come home.”