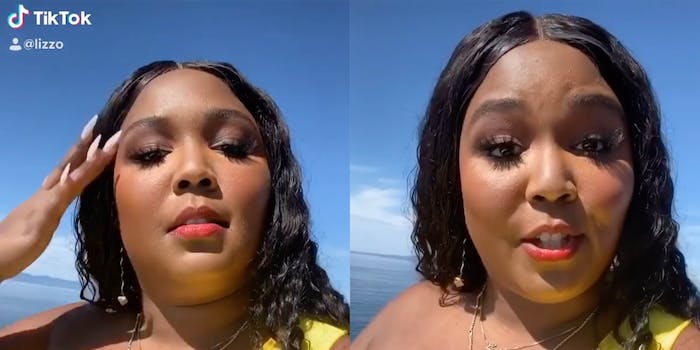 TikTok has restored a video of Lizzo after she shaded the platform for removing multiple videos of her wearing swimsuits.

In a video that now has 10.5 million views, Lizzo accused the social media platform of body-shaming.

The three-time Grammy-winner says that several of her videos had been removed, but other users frequently post clips of themselves in bathing suits without issue.

Her video calling out the platform received nearly 2 million likes on TikTok in one day, AOL reports.

“It’s so disheartening when TikTok picks favorites and discriminates … it happens to me I can’t imagine how much more it happens to others,” one TikTok user posted.

A spokesperson for TikTok told Page Six that they’ve been in contact with Lizzo’s team; the removal, TikTok said, had nothing to do with her body type, and her content has since been restored.

The spokesperson said one of the videos was removed because it appears to break TikTok’s community guidelines. They said the video appeared to show the songstress flashing her underwear.

After TikTok reviewed the footage, however, officials determined that Lizzo was actually wearing a bathing suit and has since restored the video to her page.