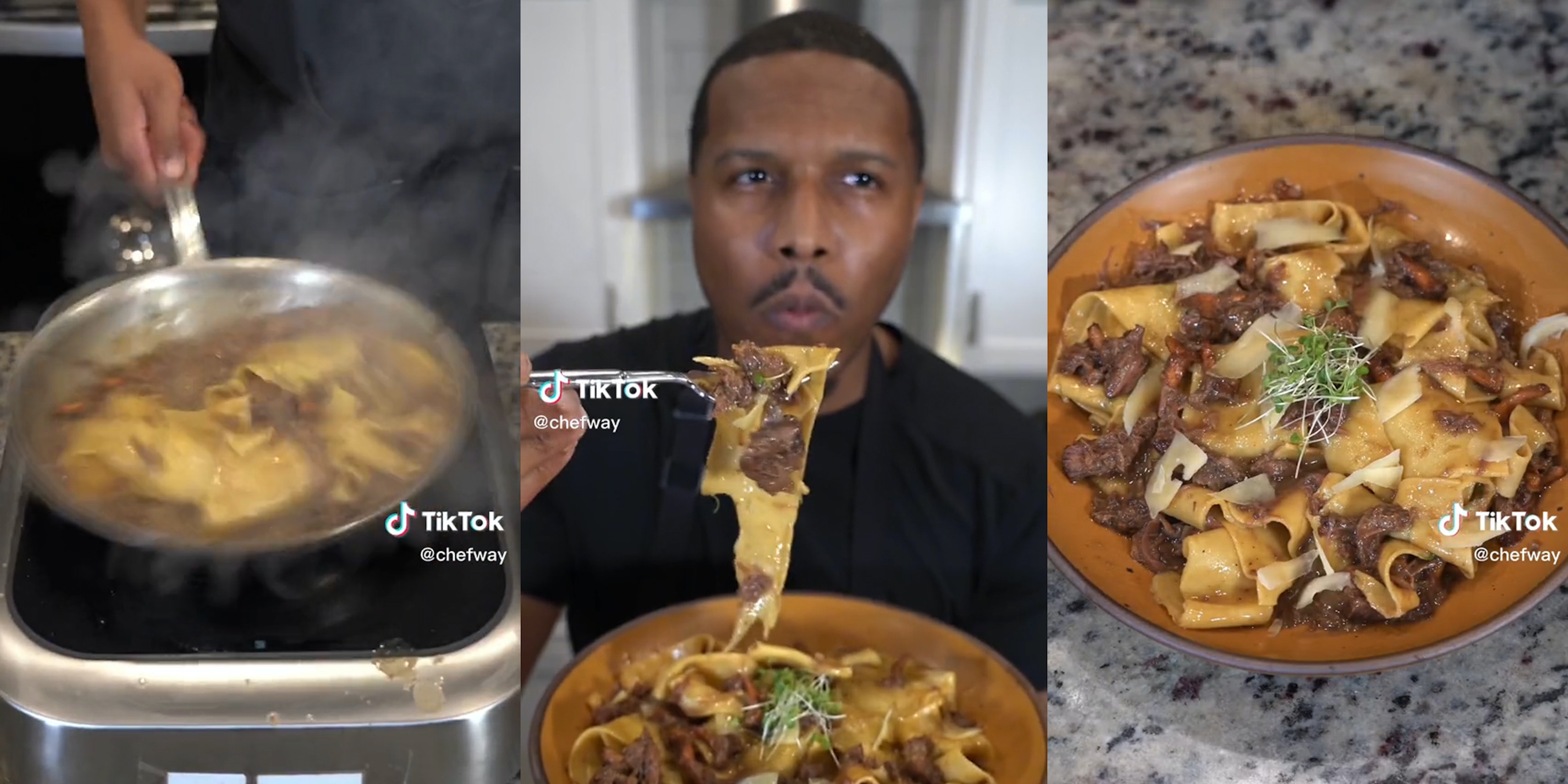 ‘I don’t think people like him can change’: A TikTok chef is getting called out for his past comments about Black women

For many, having a video of something you made go viral can turn into a real boon and get more people to discover what you do. But as one TikTok chef discovered, it also led to several people resurfacing years-old tweets and comments, many of which include insults against Black women.

In a video viewed more than 2.1 million times on Twitter, Waymond Wesley, a Houston-based chef who describes himself as being “passionate about food science, modernist technique, and comfort food,” filmed himself making oxtail pasta. The video originated on TikTok, where he posts under the handle chefway, but it’s on Twitter where it really popped.

However, it wasn’t only due to the contents of the video, which featured Wesley’s fast-paced narration and a focus on the food that might make some viewers envious of a plate of pasta, that led to it catching people’s attention. It was Wesley himself who became the topic of conversation after several people resurfaced tweets he made around 2015 and 2016 in which he made disparaging comments against Black women (particularly dark-skinned Black women). Wesley has a different username in the screenshotted tweets, but he’s replied to several people who called him out and said he “accepted accountability.”

According to a screenshot, in one tweet, which was manually retweeted in July 2015, Wesley (tweeting as @WaymoTheGod) suggested that “if black lives mattered to sandra bland she wouldn’t have taken her own life.” In another, he commented on one photo that “smh the dark one messed up the pic” in response to a dark-skinned Black woman posing in a photo with another woman, and then one of his followers replied by cropping her out of the photo. In another old tweet, Wesley posted a photo of a light-skinned woman, using it to fat shame and insult anyone with a darker skin tone.

“This is the perfect size woman and skin tone,” he wrote. “She’s healthy. Anything bigger/darker than this is garbage.”

Another old tweet described one dark-skinned Black woman as being “too black” while another compared two different hairstyles (one with straight hair, the other a Black woman with long waves) as “real beauty vs weave and lies.”

As people posted these old tweets calling Wesley out for misogynoir and colorism, they noted just how harmful Wesley’s comments were and the harassment they faced. Others called him out for attempting to rebrand himself.

“You commented on one of my pics on my old account and said my dark skin made me ugly, I was in high school,” @IamHogoe tweeted. “Called me all types of butterface. You said if I was light skinned I’d look better.  Now you’re a chef? That’s crazy.”

While Wesley addressed some of the commenters in replies, he eventually posted a bigger apology to Twitter. He credited cooking with saving him and called that period of time in which he made those comments “a moment in my life where I was sick in more ways than one.”

“To those I’ve hurt with my past tweets that have resurfaced, I am deeply sorry,” he wrote. “That was a moment in my life where I was sick in more ways than one. Cooking saved me. You have watched a flawed man heal. I will continue to heal and learn. Thanks for being along for the journey.”

For some, Wesley’s apology didn’t cut it, and they pointed out the very different ways he handled the controversy. He was apologetic on Twitter, where the comments went viral, but it’s a platform where he has a smaller audience of 2,664 followers. But on TikTok, where his follower count is over 251,000 followers, he wouldn’t address the controversial tweets for approximately another 17 hours.

Comments and stitching capabilities have been disabled on Wesley’s TikTok videos. He’s also been accused of blocking people who try to bring attention to his old comments on TikTok. One person said he was behind a video being removed, but it’s since been restored.

An identical apology statement eventually appeared on TikTok, which didn’t offer additional context for Wesley’s followers in case they hadn’t followed what happened on Twitter.

Wesley declined to comment on this story and referred back to his Jan. 8 statement.