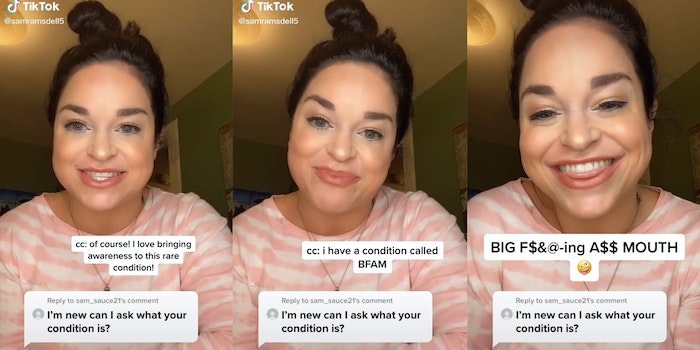 Samantha Ramsdell has a big mouth. But she has other things going on, too.

Samantha Ramsdell’s TikTok bio spells it out: “No, it’s not a filter.”