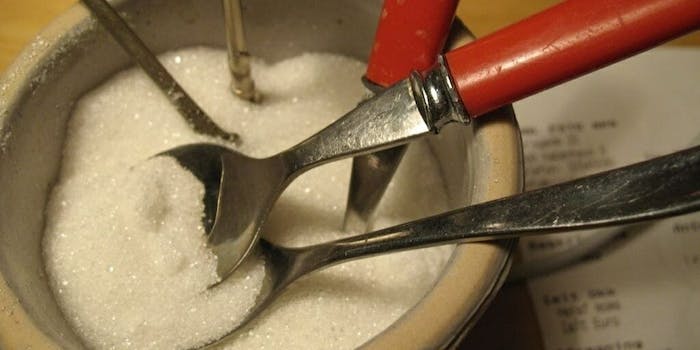 There's a lesson in here somewhere.

That said, let’s introduce you to a redditor named Honesty_Addict who titled his post, “TIFU by permanently burning myself trying to connect with my recently deceased dad.”

It’s not a short read, but it’s certainly worth perusing all through the end, because it’s got a salty kicker. It’s about trying to convince his girlfriend that it’s not strange to keep an ice cream tub of 5-year-old sugar in your kitchen cabinet. It’s about trying to reconnect with the father he lost recently—about trying to show why he and his dad, who were so different from each other, share at least one common trait. And it’s about showing somebody you love why they were wrong and you were right.

TIFU by permanently burning myself trying to connect with my recently deceased dad. from tifu

Well, that’s one heck of a story.

And the comments are also filled with tales of toxic substances stored in food and drink containers and how people accidentally ingested them. It’s a good reminder that you should effectively label your containers if they’ve been repurposed for holding another substance and to always keep them out of the reach of children (and, I supposes, people who are just careless about what they put in their bodies).

Or as one redditor wrote, you could just use this common-sense axiom: Wrote Dustorn: “I think another applicable LPT here is to not eat white powder that you found in a box in the back of a drawer full of engine supplies.”