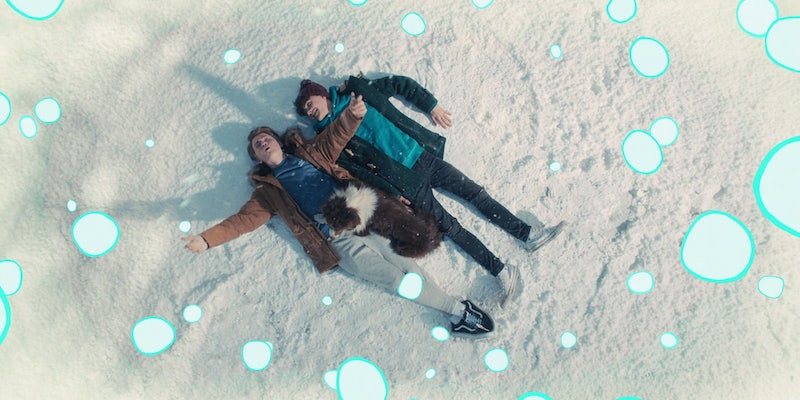 Netflix's hit coming-of-age romcom is highlighting the history of queer representation on TV.

Netflix‘s coming-of-age romcom Heartstopper is earning rave reviews right now, praised for its heartfelt depiction of two teen boys falling in love. In a media landscape where queer representation is often sidelined or forced into an unhappy ending, this simple love story still feels like a rarity. It’s also inspiring nostalgia for the legacy of queer stories that came before.

Heartstopper is a solidly Gen-Z show, starring teen actors and offering an inclusive, contemporary attitude to queerness and gender identity. Among older viewers, one of the common reactions is a mixture of enjoyment and sadness, aware that even ten years ago, this kind of sweet, low-stakes romance just wasn’t accessible to a lot of queer teens. As Sam Clael wrote in Buzzfeed, “Here are two fifteen-year-old queer boys in love for the first time and it’s ~beautiful~ to watch, but at the same time, it’s difficult because I never got to experience that for myself.”

Another side to this reaction is people reminiscing about queer TV shows and movies they watched in their own formative years. Over the past few days, the “This was my Heartstopper” meme has spread across Twitter. Some examples are serious (Buffy, Yuri on Ice, Skins), while others are… well, let’s just say the lines between canon and fandom shipping are getting a little blurry.

“This was my Heartstopper” is mostly just a Twitter joke, but it also highlights the complicated relationship between queer fandom, queerbaiting, and the ongoing desire for authentic representation. When someone tweets that Brokeback Mountain was their Heartstopper, it could be a genuine statement about the film’s importance in 2005. It was definitely a formative movie for many people.

However, this comment could also be a gallows-humor joke about the same idea: That an optimistic, Heartstopper-style teen TV show just wasn’t available 17 years ago. In 2005, people had to make do with a miserable prestige drama that was frequently turned into a homophobic punchline.