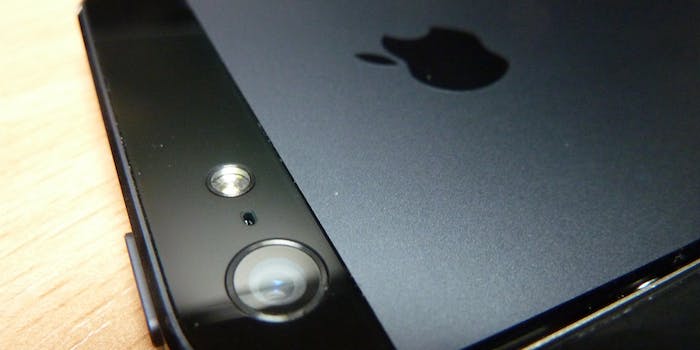 Pretty sure you're doing this wrong.

If there’s one common habit among highly successful thieves, it’s got to be uploading evidence of their crimes on social media.

Earlier this month, someone swiped an iPhone only to accidentally post a photo on the victim’s Facebook wall shortly after. This time, a young woman took to Instagram to brag about her impulsive iPhone-snatching.

“So I came up on this iPhone,” reads the caption to a photo of the phone laid out on her palm, which received 114 likes in just a few moments. That remark is followed by a crying emoji, presumably meant to convey her victim’s reaction to the realization that he’d been robbed.

When asked to further explain where she’d gotten the device, the woman wrote, “this dude left it by the edge of the table so I walked by and took it Lol.” Her friends join in her good humor, adding another “lol” and “lmfao.”

Only one person points out that the iPhone could be traced, but the thief assures us that she’s got that angle covered: “you know I took that ‘find my phone’ shit off? And reset it?” she writes, following up with more sad emojis and the hashtag #DontKillMyVibe. It’s a good bet the phone’s true owner wishes he’d set a passcode—or just followed one Redditor’s advice to lock location services so that thieves can’t turn the Find My iPhone app off.

Well, at any rate, congratulations young lady: you’re a kleptomaniac and an oversharer. What’s not to like? Going by her Instagram followers’ response to this incident, very little indeed.