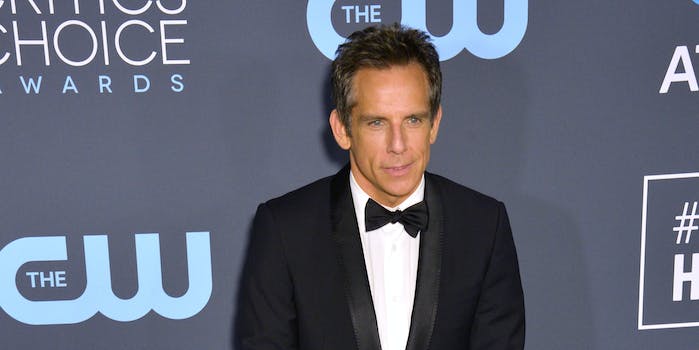 The film was dubbed the ‘single most nepotistic project of all time' by people online.

Often, the casting announcement for a short film might go unnoticed by most people outside of the entertainment industry (if it’s, in fact, something even announced at all), but in the case of The Rightway, it launched a bigger discussion over meritocracy and nepotism in Hollywood.

On Tuesday, Deadline reported that Hopper Penn (Flag Day) and Brian d’Arcy James (Spotlight) joined the cast of The Rightway, a short film directed by Destry Spielberg (Rosie) and written by Owen King (who wrote on The Stand miniseries). It’s a fairly standard trade story that teases a bit of what the film is about, lists a string of producers attached to the project, includes details about actors’ upcoming projects, and has a note about which agencies represent the people involved.

What’s notable about this particular film, as a tweet from Discussing Film—which often aggregates news stories on its Twitter feed—highlighted is that most of the people involved have at least one famous parent. Penn is the son of actor Sean Penn and Robin Wright. Spielberg is the daughter of Steven Spielberg and Kate Capshaw. King is the son of famed author Steven King.

And while James has a lengthy career spanning nearly three decades, even he has a prior Hollywood connection: His uncle is Brian Kelly, who produced Blade Runner and was on the show Flipper. (James’ grandfather was also former Michigan Gov. Harry Kelly.)

It’s far from the first project that involved the children of famous actors, writers, and directors; some of the most admired actors in TV and film right now are the children of famous actors. In fact, Hollywood’s been around long enough that we’re now starting to encounter up-and-coming performers, writers, directors, and talent that might have had their parents and grandparents who became famous in Hollywood.

Sometimes, those performers use a different stage name to distance themselves a bit from their famous parents, although that’s not always the case. For example, Joe Hill, who’s the son of Steven King and is a successful author in his own right, used a pen name so that people judged him on his work instead of who his father is. Laura Dern, the daughter of actors Bruce Dern and Diane Ladd, is among the children of famous actors who kept her name when she started her career in her own right. Several of Stellan Skarsgård’s children also became actors.

But the announcement for The Rightway led to a wave of backlash and conversation around nepotism and the privilege it offers. If somebody wanted to argue about success in Hollywood was all about talent, all one had to do was to point to The Rightway to indicate otherwise.

And nepotism doesn’t always just come in the form of having famous actors for parents.

Ben Stiller—who, on top of his own fruitful career, is the son of famed comedians Jerry Stiller and Anne Meara—chimed in to defend the filmmakers and cast of The Rightway, at least against the idea that they’ve never faced challenges in their careers because of nepotism. In response to a comment from The Black List founder Franklin Leonard, Stiller noted that it’s important to note that there are many different ways to achieving success in Hollywood and that having famous parents doesn’t shield you from challenges and doesn’t guarantee success. As Stiller sees, it, Hollywood is ultimately merit-based.

“Yes. Just speaking from experience, and I don’t know any of them, I would bet they all have faced challenges,” Stiller said. “Different than those with no access to the industry. Show biz as we all know is pretty rough, and ultimately is a meritocracy.”

Stiller’s tweet quickly became ratioed as people both pointed out his own connection to Hollywood and how, even if they face challenges as filmmakers, they still had access to privileges with their parents’ famous name that most people will never have.

“You won’t get me arguing that access isn’t an issue,” Stiller replied to one commenter. “But I’m not being dishonest. Maybe too literal. I take all his points as being very valid. I was being specific to that story about nepotism. Either way, we need more inclusion and access and diversity. No question.”