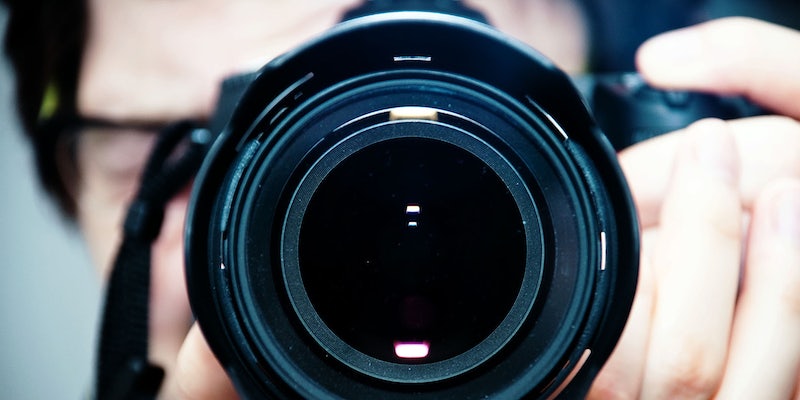 The outsider genius of microstock photography

Welcome to the weirdest, most wonderful art gallery on the Web.

You’d likely also agree that images made in exchange for money, to sell products—i.e., commercial art—do not qualify as Art. Commercial art has no soul; it’s stale, staged, sterilized, and totally square.

But wait! The Web, in its sprawling chaos, has made all images equal (though some images are more equal than others—I’m looking at you, cats). It has demolished the barriers between commercial, fine, and found art.

As visual consumers, we can barely keep our heads above water. Social sites demand we sort this data with our likes, upvotes, and retweets. Break us down into purchase history and click trails, sure. But let’s not reduce our aesthetics to lines of code. Spare a moment to examine this space trash.

The medium was invented as a tool for media and advertisers, a database where standardized images provide easy access to the minds of a consumer audience. The ideal stock image should be professional, anonymous, and bland, yet instantly recognizable. Its symbolic impact short-circuits the viewer’s analytical brain to evoke a conditioned response.

The ideal stock image should be professional, anonymous, and bland, yet instantly recognizable.

What images do Americans desire? When you see a rippling flag behind a fleet of Jeeps, you know it’s not the company that wants to be patriotic—it’s you. But our area of interest today is not the fatted calf of corporate stock photography. We’re driving our boat nose-down into the rich sludge at the bottom of the barrel. We’re going deep. We’re going microstock.

Microstock photography is for the little guys. Far from Sheryl Sandbergian debates about equal opportunity imagery, this is where the ideological sausage gets double-stuffed and the commercial cogs go haywire. For many years, the stock photography market was controlled by huge corporate agencies, generally associated with newspaper bureaus. Professional photographers produced images in a studio setting and received royalties or a percentage of the licensing fee for each use. In the early ’90s, a period of consolidation made Getty Images and Corbis the dominant players; they commanded hundreds of millions of visual assets.

By 2000, however, the spread of global internet access and digital cameras had set the stage for the rise of microstock. In 2008, Getty made headlines when it announced a licensing partnership with the popular photo-sharing website Flickr, allowing users to sell stock images through the company (the partnership ended in 2014). If Getty selected a photo, it took 80 percent of any royalty-free sale, plus exclusive licensing rights. Their standard license fee of $325 would garner the photographer a payment of $76 per image. However, because photographers had to rely on a selection committee to submit work, there was no way to guarantee steady sales.

There are other options. Companies like istockphoto, Shutterstock, Fotolia, and Bucharest-based Dreamstime operate image exchanges where amateur and professional photographers upload their work to immense databases, tagging each image with search terms. The photos are royalty-free and extremely cheap; the buyer gets worldwide rights and/or unlimited projects of up to 500,000 printed copies (unlimited online). Photographers are paid per download of each image, generally between 10 and 25 cents, with more popular images “leveling up” to higher pay grades—$11 per download for Dreamstime, $28 for Shutterstock.

That’s where the stock-photography-as-business-tool definition breaks down. Without any restrictions on who can submit images, these databases draw mixed talent from an international pool.

Without any restrictions on who can submit images, these databases draw mixed talent from an international pool.

Aphorisms and abstract concepts warp across cultures and oscillate from constant re-staging. Fetish and obsession rise to the top. Things get weird.

Stock photos allow for a dual-pronged strategy of analysis. You can look at them aesthetically, asking whether the composition and color are effective, eye-catching, or otherwise compelling. You can also see them as attempts at hypothesis. Stock photos, especially those produced by amateur photographers, lay bare the divide between the outrageous ideal and our lived reality. For instance, an image of “workplace harmony” featuring a businesswoman folded in the lotus position in some acid-green non-place is nothing like our passive-aggressive Tuesday morning joust with Rosie from contracts over half a four-day-old donut. The challenge of microstock artists is unique. In order to be successful, they need to produce images at a very high volume, and quite cheaply, but they can’t simply churn out the same old macro-focused apples-and-oranges still lifes—these have already been done in corporate studios at the highest production levels. In commercial stock shoots, the photographer invests each piece with a consciousness of the outcome, plotting out its projected impact with market research. They have to know it’s going to make money before they click the shutter.

When we introduce amateurs and non-industry figures into commercial image production, though, we end up with some amusing shots in the dark. Microstock photographers aren’t only trying to fulfill the most obvious commercial application. They’re working to provide options for a dazzling array of hypothetical whims.

Microstock photographers aren’t only trying to fulfill the most obvious commercial application. They’re working to provide options for a dazzling array of hypothetical whims.

Because the product is digital, and thus infinitely reproducible at zero cost, there’s no reason not to explore silly, absurd, or artistic ideas just for the hell of it. In fact, the odder the images, the better the portfolio stands out. Imagine this phenomenon applied to brick and mortar stores: among the shelves of dry goods are bizarre, artistic, and barely functional objects that exist just for the pleasure of looking. And, as opposed to so-called “artisanal marketplaces” like the appalling Brooklyn Flea, the microstock marketplace boasts very attractive rates. For merely 3 credits, or $3, a buyer can secure unlimited usage of this image: What you do with it is, of course, your problem. But if you ask me, a high-quality blowup would look great alongside all those $65 screenprints of Navajo triangles in your communal meditation alcove/sex-nook.

­Much like street artists and gentlemen who lurk in train stations selling reggae CDs, microstock photographers work with the materials at hand. They capture their own kitchen tools, knick-knacks, pets, and children; each item is carefully isolated, lit and shot in their home studios.

Photographers use themselves or their loved ones as models. User nomadsoul1 has amassed 320 portraits of a mysterious redheaded woman, presumably his wife, but known to us only as “Silhouette of Careless Pregnant Woman,” “Business Woman in Stress,” and “Happy Smiling Housewife Surfing on Ironing Board.” Corporate agencies can book professional models and studio sets, but depersonalization doesn’t come easily to microproducers. Standardization is impractical. Whereas corporate images make very clear what is “normal” and what is “other,” microstock images blur or otherwise confuse that distinction.

The image-titling system itself is a form of SEO-haiku, an evocative stew of utility and poetry that becomes more surreal with the level of abstraction attempted, especially by photographers who aren’t native English speakers, as “Fresh chocolate donuts growing on green vine,” “Explaining that time is money to a goldfish,” “Egg yellow yolk over cabbage leaf,” “Positive Tree,” and “Two Women are Preparing to Attack The Fruit” all attest. 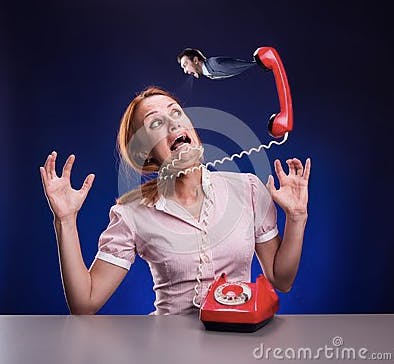 Those crazy kids are gonna make it! If it’s elevation you seek, rest assured that artists have been reappropriating stock images since Duchamp. Today’s Internet and post-Internet artists (don’t laugh) use stock for collage, GIF-ification, sculpture, and video art.

For the 2014 exhibition “A Contemporary Portrait of the Internet Artist,” the art collective IOCOSE commissioned “underpaid Chinese artists” to paint replicas of copyrighted Getty images found under the search term “artist.” Last fall, MOMA staged a show by Christopher Williams that was meant to draw back the curtain on the industrial manufacture of stock images: “The Production Line of Happiness.” In 2013, Dis Magazine preceded Sandberg’s “Lean In Collection” with Disimages.com, an institute for the reimagining of stock photography that invites contemporary artists to stage their own stock shoots “to create alternative scenarios and new stereotypes, thus broadening the spectrum of lifestyle portrayal” in commercial imagery. 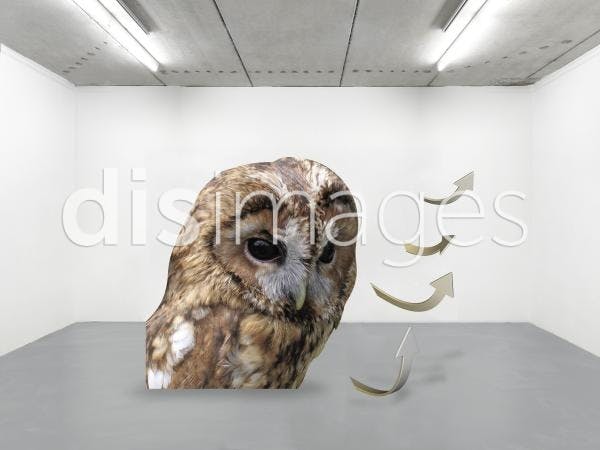 Some critics bemoan stock photography as the death of aesthetics. But connoisseurs of microstock know this analysis is limited to the world of corporate image production—online, image diversity has reached Precambrian sea-floor levels. With the advent of the amateur marketplace, niche image production is once again possible and supported.

With the advent of the amateur marketplace, niche image production is once again possible and supported.

Artists and protesters work from the outside in. Microstock artists are the blue-collar workers who assemble their widgets inside-out and backwards. The further we disseminate microstock’s chopped and screwed symbols, the less power generic corporate images hold. We as visual consumers are forced to recalibrate our aesthetic assumptions. Businesses undervalue the effectiveness of these outsider images; they ought to look closer.

Given enough reach, perhaps these microstock weirdos can actually help us engage with our commercial landscape in a meaningful way.