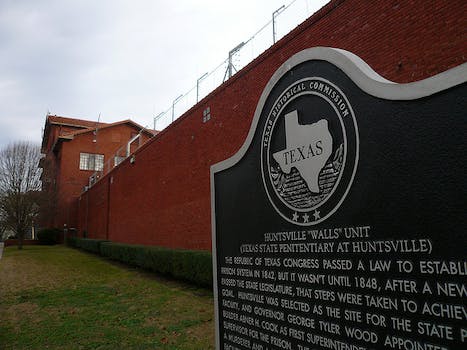 Officials determined that that there is no practical way to monitor the Facebook accounts of 40,000 employees and 154,000 convicts.

If you’re a correctional officer in Texas, you can no longer be fired for being Facebook friends with an inmate.

The Texas Department of Criminal Justice announced that it will stop punishing correctional employees for befriending inmates on the social network. Previously, the state’s rules prohibited the “establishment, or continuation of an offender relationship that jeopardizes security or compromises the employee.” At the time, that also included Facebook.

“To violate the policy has to be more than just ‘friend’ status on Facebook,” clarified Jason Clark, Public Information Officer for the department.

The move comes after prison officials determined that that there is no practical way to monitor the Facebook accounts of 40,000 employees and 154,000 convicts.

“With more than a million people in Texas now incarcerated, on parole, or probation, there’s a pretty good chance some of those Facebook friends are or have been in the criminal justice system at one time,” said Lance Lowry, the local president of American Federation of State, County, and Municipal Employees, the organization that represents correctional officers.

The policy change resulted in the reinstatement of correctional sergeant Heath Lara, who was fired from his job at Texas State Penitentiary at Huntsville—the oldest prison in the state—last May after his superiors discovered that he was Facebook friends with Gary Wayne Sanders, a man serving his 72-year sentence at the same prison.

Lara appealed his termination, claiming that he wasn’t aware that Sanders was a convict, much less that he was incarcerated in Huntsville. The corrections sergeant also stated that the two were friends on the social networks because they were old high school acquaintances.

The appeal was denied, and Lara was out of a job until two weeks ago, when the department determined that he had no real relationship with the inmate and was reinstated.

According to the Austin American-Statesman, Sanders was also Facebook friends with several other correctional employees, including Jerry McGinty, director of finance for the Texas Department of Criminal Justice. McGinty later unfriended Sanders after finding out that he was a convict.