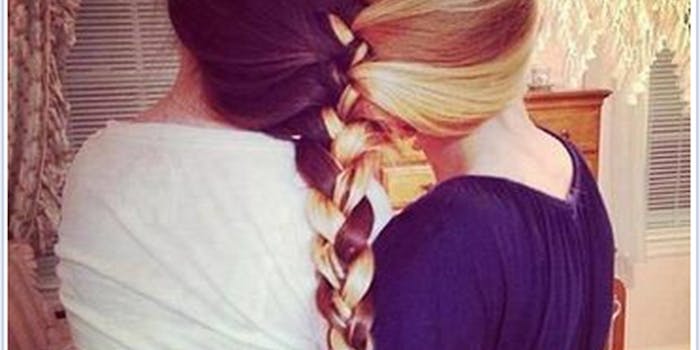 Several of the most popular pages on Facebook are a saccharin-flavored mix of grammatically challenged, emoticon-happy, and emotionally perturbed groups.

They’re the reason why One Direction is a thing or why we have to confirm our 13+ age on iTunes. But they’re especially deplorable on Facebook, wiping their sticky fingers all over the like button and ensuring that the most popular pages are some of the most absurd and terrible things to ever bubble up from the social network’s most vapid depths.

Stats released from PageData, a social media analytics firm, show the hard evidence of the tweenfluence on Facebook. Several of the most popular pages are a saccharin-flavored mix of grammatically challenged, emoticon-happy, and emotionally perturbed groups.

In short, they’re all crap.

The page’s creators are anonymous, posting with such reliable rapidity that they almost seem controlled by a bot. Whoever they are, they trawl the Internet for low-brow image macros and stock art that attracts the teen demographic like a sale at Claire’s. Some of the pages are almost carbon copies of one another. Others posts are obviously spam.

But no matter. The formula works. Several of these pages have racked up millions of likes. Perhaps in the teens’ crazed world of nagging parents and relationship problems, the simplicity and reliability of the pages make them so successful.

These teen-powered pages are the worst. 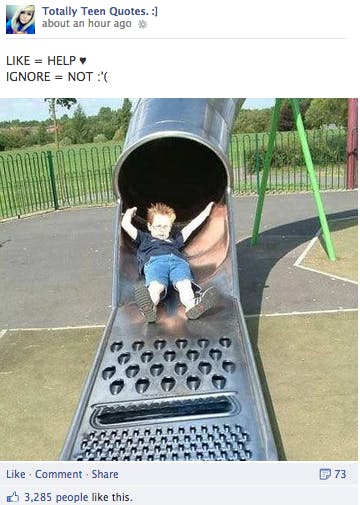 Viewing this post just put your brain through an intellectual cheese shredder. 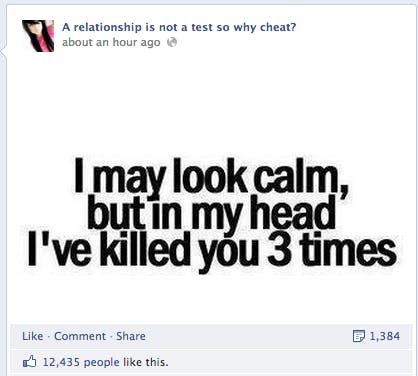 Obviously this page should be outlawed. 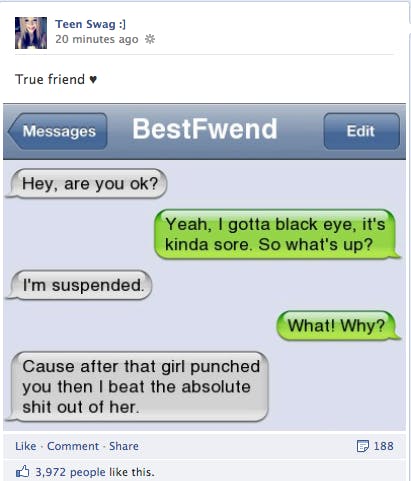 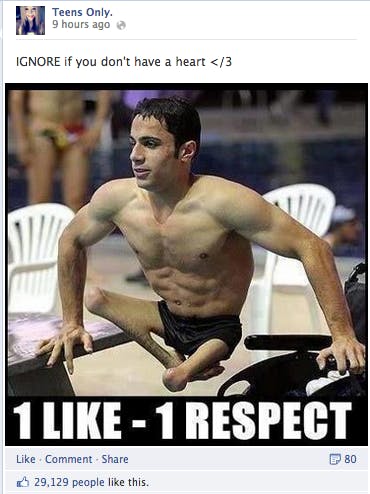 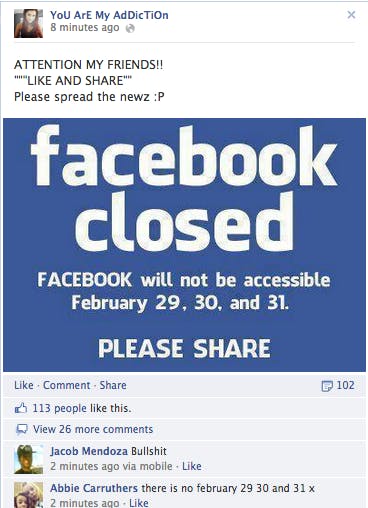 There isn’t a Feb. 29–31. But can we still shut down Facebook for three days anyway? 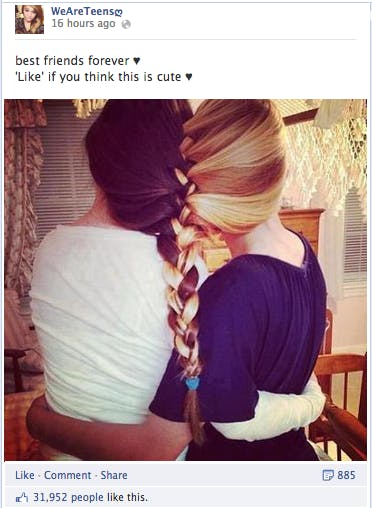 Ignore if your soul has not yet been devoured by Facebook.

7) Boyfriends who actually treat their girlfriends like princesses // 2 million 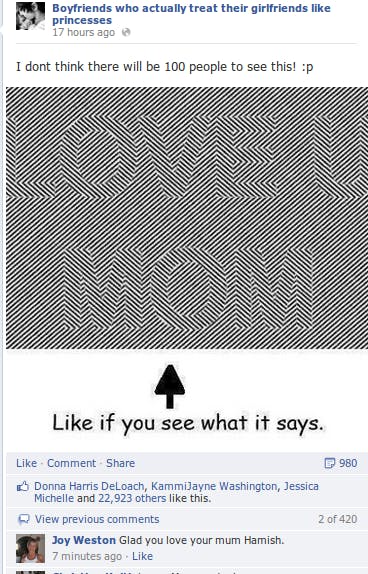 It says “Ignore if you hate disabled people.”