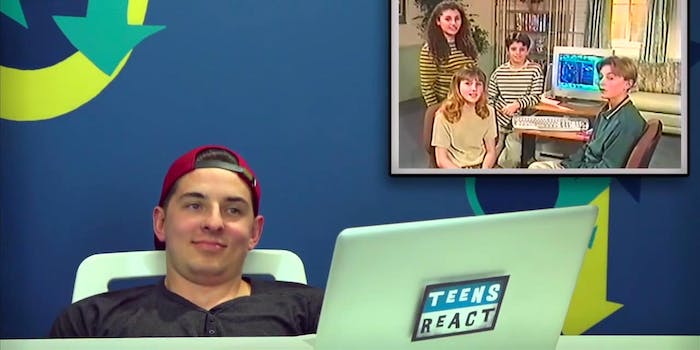 These kids are totally bewildered by ’90s-era Internet

If you can still recall the sound of a dial-up modem—and know that it’s not actually dubstep—you’ll find the results a bit depressing.

The video these teens are reacting to is a ’90s instructional video for kids on how to use the nascent World Wide Web. It includes terms like “surfing” and mentions sites that burst with the dot-com bubble nearly 15 years ago.

Some of these teens were born after that collapse. For them, the video might as well be one of those cheesy foreign romances you snoozed through in French 101.

Guffawing at the old protocols of the Web, they watch in horror as child actors of the ’90s advocate the use of Netscape Navigator and “chat lines.” When asked if they know what a modem is, the kids respond with blank faces.

Surf’s up! See you on the Net!