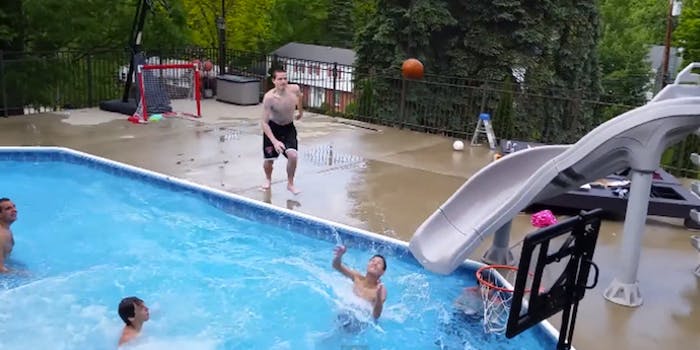 This 8-man pool dunk is an insane feat of engineering

A golf club is involved, as is a somersault.

While you were leisurely floating in the pool on Memorial Day weekend, a group of teenagers from Pittsburgh was orchestrating one of the most insane pool dunks ever.

This dunk was expertly choreographed by Connor Pyles, who uploaded the video to YouTube, and his friends. It unfolds like some variation of a Rube Goldberg machine, as eight guys hit their marks expertly, in the span of 18 seconds. A golf club is involved, as is a somersault.

According to Pyles’s YouTube page, a sequel is being planned.