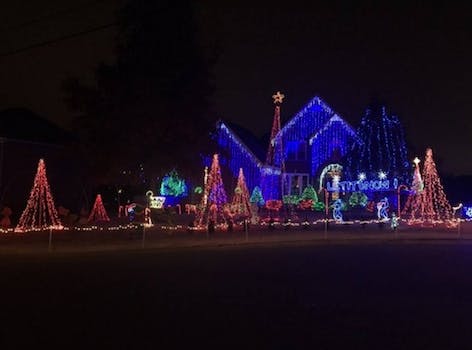 'Black Beatles' is here to stay.

Chandler W. obviously had a lot of time on his hands this weekend when he decided to sync his family Christmas lights to “Black Beatles.”

The 17-year-old told BuzzFeed that he spent two hours connecting the lights to his computer software, programming them to flicker alongside Rae Sremmurd’s breakout Mannequin Challenge hit, “Black Beatles.”

After posting his light show to Twitter, Chandler’s video has received thousands of views and shares.

I wouldn’t want to get stuck with that electricity bill.