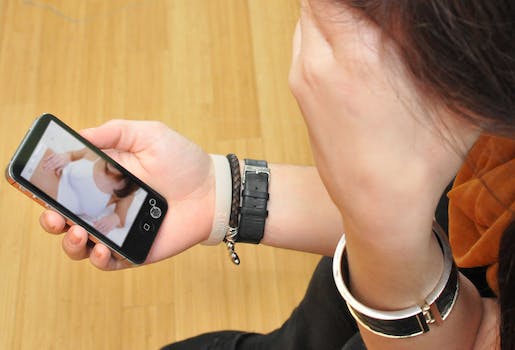 Is your #teen sexting? Find out with this simple quiz

Want to know what your teen is doing on their phone? We made a quiz based on current sexting research to help you find out.

Are you a concerned parent who wants to get your #teen off the Snapgram and the tweets and the Instachat, because you’re concerned they’re using these Internet mobile apps to do sex to people? Then you probably want to keep them off YouTube, according to a Belgian study from the journal of Cyberpsychology, Behavior and Social Networking, which has determined that “music video consumption” and watching pornography were “significantly associated with asking someone for a sexting message and having received a sexting message.”

In short, watching people bone makes teenagers, who want to bone pretty much 24/7 to begin with, want to bone even more. Quelle surprise!

But we at the Daily Dot are nothing if not civic-minded, so we looked at all the research and compiled a checklist of the risk factors associated with teen sexting, so you can figure out once and for all if your teen is a precious little angel, or a naughty digital sex demon.

White? According to a 2012 study published in the Journal of the American Medical Association (JAMA) Pediatrics, teen sexting is far more prevalent among “white/non-Hispanic teenagers,” with 34.5 percent and 33.7 percent of teens in this category reporting they’d received or been asked to send a sexually explicit image, respectively. But then again…

Not white? Sexting is also extremely prevalent among black teenagers, and only slightly less so among Hispanic teens, says a study from the Journal of Cyberpsychology, Behavior and Social Networking, which polled more than 1,000 10th-graders at an urban school district in Texas.

Female? Not surprisingly, girls are more likely than boys to be asked to send a sext. In a study published by the Archives of Pediatric and Adolescent Medicine, with 68.4 percent of teenage girls said they’d been propositioned to send a steamy selfie, versus 42 percent of boys. Sadly, but equally unsurprising, the study also concluded that girls were more likely to report feeling pressured into sending a sext than boys were.

LGBT? Although we typically think of teen sexting as a purely hetero phenomenon, teens who identified as gay, lesbian, or bisexual are actually more likely to report having sexted, a 2014 study from the Journal of Adolescent Health concluded, theorizing that “it is safer for sexual minority youth to express one’s sexuality privately than in pubic.”

A drug or alcohol user? Have you ever allotted your precious little angel a nip of wine at Thanksgiving dinner? Major tactical error on your part, says the Journal of Adolescent Health! A 2014 study concluded that teens who have used “alcohol and marijuana” were more likely to cop to having sent or received naughty photos online or via text. Teens who reported having “low self-esteem” also fell into this category—although let’s be honest, does anyone know a teen who doesn’t have low self-esteem?

Sexually active? Remember when first base was holding hands and listening to Peter Frampton in your rec room? Well, no longer, says a Pediatrics study that concluded that sexting had essentially replaced first base for 21st century teens. In many cases, said study author Jeff Temple, sexting had essentially “preceded sexual behavior.” “The theory behind that is sexting may act as a gateway or prelude to sexual behaviors or increases the acceptance of going to the next level,” he told the Washington Post.

None of the above? In one of the few examples of rational, sober thinking in the sexting research community, the Pediatrics study’s authors ultimately concluded that teen sexting is common enough that teens who did it were not more or less likely to report low self-esteem, sexual activity, or having dabbled in alcohol or drug use. Sexting, the researchers concluded, has become a “part of growing up” for the vast majority of teenagers.

If you checked one or none of the above boxes, congratulations: Your #teen is a precious little angel whose junk will likely remain on lock till their 21st birthday. If you seem them on their phone all the time, don’t worry: They’re probably only using it to check their Neopets shop.

Photo via Pro Juventute/Flickr (CC BY 2.0)