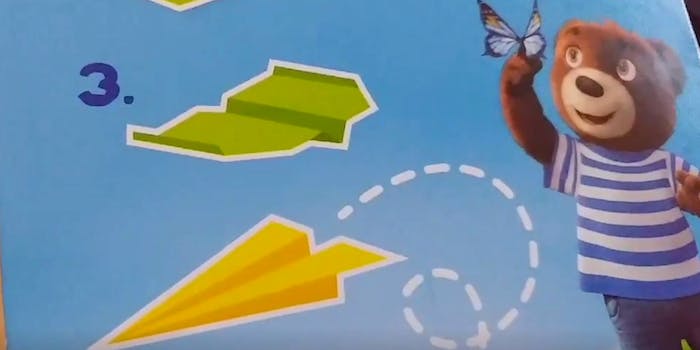 Can you tell what's wrong with this image?

Most boxes of cereal or snacks targeted at kids have a little game or an illustration designed to keep them entertained for a minute or maybe teach them a simple, valuable lesson. Nabisco failed on all fronts with its recent Teddy Grahams redesign. And it’s pushed one Twitter user over the edge.

He’s got a point. Not only will folding one corner of a piece of paper never result in anything even remotely resembling a paper airplane, but that particular fold, as instructed on the box, would not be done if attempted to create the plane pictured in step three. That’s to say nothing of how the plane magically changed colors.

Now stop and think about how many people were probably involved in the design and approved these instructions. No wonder the tweet went viral late last month, spurring people to share other hilariously bad step-by-step instructions.

reminds me of all the cheap 'how to draw' books pic.twitter.com/ffS6fTID5I

The incident also drew attention to the curious case of Nabisco’s official Twitter account, which has over a thousand followers but has never apparently tweeted. 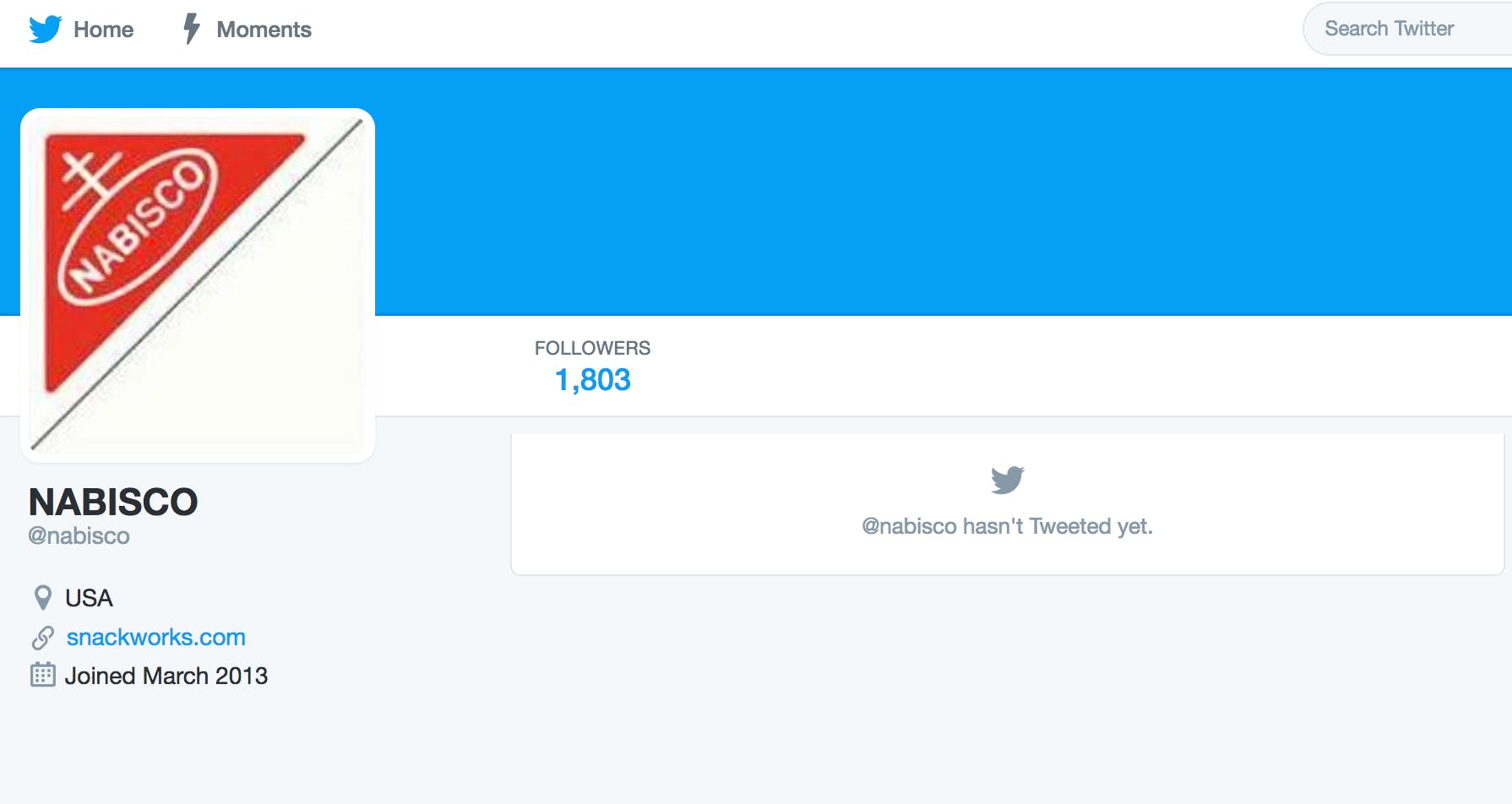