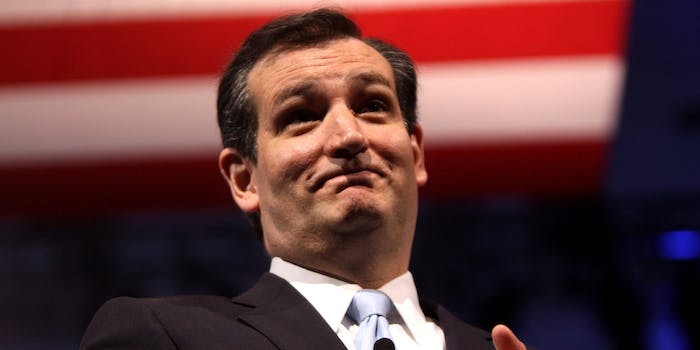 Man, Craig Mazin does NOT have good memories of Cruz.

In his 46 years on this Earth, Ted Cruz has earned the ire of many, many people—from his colleagues in the Senate to his freshman-year college roommate.

It’s not often that the college roommates of presidential candidates weigh in during elections. But Craig Mazin isn’t just any roommate. He’s a successful screenwriter and with almost 30,000 Twitter followers. And he apparently didn’t enjoy living with Cruz at Princeton.

This isn’t the first time Mazin has taken swipes at Cruz. In 2013, he told the Daily Beast, “I would rather have anybody else be the president of the United States. Anyone. I would rather pick somebody from the phone book.”

… Several fellow classmates who asked that their names not be used described the young Cruz with words like “abrasive,” “intense,” “strident,” “crank,” and “arrogant.” Four independently offered the word “creepy,” with some pointing to Cruz’s habit of donning a paisley bathrobe and walking to the opposite end of their dorm’s hallway where the female students lived.

“I would end up fielding the [girls’] complaints: ‘Could you please keep your roommate out of our hallway?'” Mazin says.

Perhaps Mazin and Trump would make for a good tag-team, because this is what Trump said on ABC’s This Week.

To be fair, the Daily Beast found a few of Cruz’s college friends who spoke highly of him. Mazin just wasn’t one of them.

Sorry for the visual.H/T Someecards | Photo via Gage Skidmore/Flickr (CC BY ND 2.0)