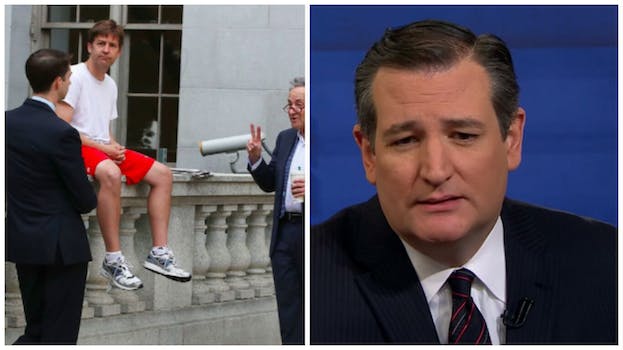 Say what you want about Ted Cruz, the man knows how to do some good tweets.

Though people hated on his Grayson Allen shot at Deadspin, it was, objectively, good. Now, he has entered the fray with regards to the Sen. Ben Sasse smoking some reefer Twitter hullabaloo, with a sweet content callback from a debate earlier in the week.

"So anyway, it’s a romper for guys and it’s called the RompHim and I just ordered two." https://t.co/6BNDNZRqrb

He has answered a call for captions from this Free Beacon tweet.

It’s not the best tweet, but it’s solid. And, really, isn’t that all we can hope for?