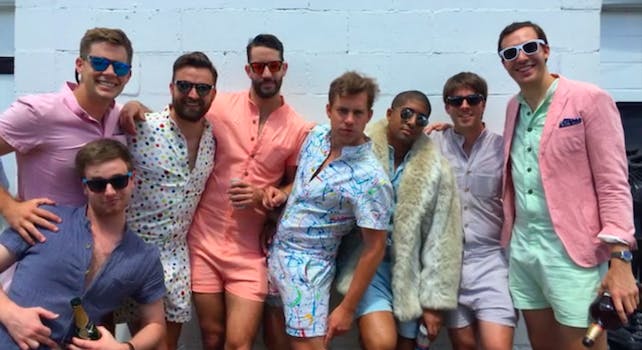 A romper for men exists, and Twitter cannot handle it

Another thing happened as well: A men’s fashion brand invented a romper for men.

That’s, like… that’s not a big fucking deal. Right? I swear I’m right on this. It’s a piece of clothing that a man can purchase or not purchase, and that unless you one day run into a man wearing one and he asks your opinion on it, you can have it never directly affect your life.

Of those two things, which do you think Twitter lost more of its collective shit over?

me: i am wearing a romper
men: what's that? a rompHER?
me: no, just a r—
men: ok boys you know what we gotta do pic.twitter.com/8rbChk2MLn

This is just not right. If you wear a RompHim, you might as well plan on never having sex again. pic.twitter.com/dZJBcTBtpv

mom: how was your first day at school

me: [wearing a RompHim] all the kids made fun of me

mom: well, it's not easy being the new teacher

Maybe it is our inability online to give the correct amount of weight to things that don’t have an intrinsic relevance on our life that is problematic.

But also, you know, potentially the thing about the president revealing classified information. That might be A Thing too.