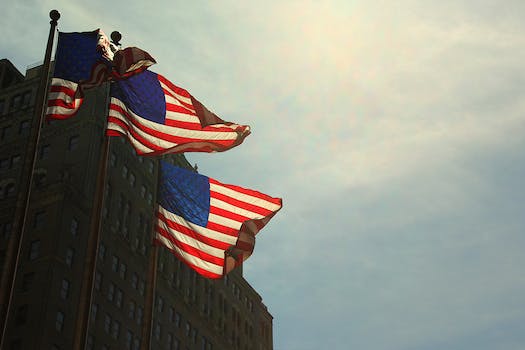 How tech industry money is shaping the midterm elections

The tech industry can't decide quite how it wants to influence elections, but it definitely wants to throw money at them anyway.

If you’re hitting the polls tomorrow (and we hope you are), you might want to ask who’s paying for the election you’re voting in. Campaign finance reform has become a hot topic in the U.S. in the wake of Citizens United, and Silicon Valley isn’t exempt from that conversation. Bizarrely, tech companies can’t seem to decide how and where to direct their funding, and they’re equally confused on whether they should be promoting campaign finance reform, or sinking huge investments into candidates and associated PACs and super PACs.

It seems like a case of the right hand knoweth not what the left hand is doing (so to speak) as tech companies set up camp in D.C. and hire lobbyists to support the industry, sometimes associating themselves with unsavory characters, but it’s unclear whether tech companies don’t care, or are genuinely clueless about how their funds are being used. Big players in the tech industry donated some $23.6 million this year (Googlers and Microsoft employees dominated the donation lists), with a slim majority going to Democratic causes but, oddly, in addition to funneling funds into PACs and campaigns, they also directed monies into groups focusing on campaign finance reform—including groups working to restrict precisely the kind of donations the tech industry is participating in.

This bizarre political tension isn’t the only evidence of confusion in the tech industry when it comes to political issues. In numerous cases, individuals are donating almost equally to Democratic and Republican candidates, as though they can’t decide which party needs their support (on the other hand, libertarian techies seem comfortable keeping their money in one place). Confusion about who to support in politics reflects a larger cultural crisis for the tech industry: It wants to protect its interests locally and in Washington, while also playing to its base in the traditionally liberal bastions of New York and California (where the majority of the tech industry is based).

The most notable example of the tech industry’s political funding trip ups is probably ALEC, the notorious political organization known for conservative advocacy in states across the U.S.—and also famous for climate denial, anti-immigration sentiments, regressive policies on women, and support for voter identification laws. These are all issues that the tech industry’s base feels passionately about, and passionately left-leaning on. Tech companies got into bed with ALEC lobbyists because they were drawn to the organization’s promise of promoting free-market capitalism, precisely what the tech industry wanted as it faced down tightened privacy laws (an issue that would affect firms like Facebook) and issues like the Stop Online Piracy Act (SOPA), but they didn’t realize what they were in for.

Tony Romm at Politico notes that:

Google, Facebook and other tech giants have been spending furiously inside the Beltway as they seek sweeping changes to the country’s patent, privacy and immigration laws. But as these companies angle to improve their political fortunes, they’ve also backed candidates and causes that are at odds with the beliefs of the larger tech community back home—and the industry has faced plenty of criticism as a result.

As the industry has attempted to promote its interests in federal and state elections, it’s run up against conflicts that have attracted unwanted attention, and in some cases severe repercussions, as Mozilla learned to its chagrin earlier this year when it hired an anti-gay CEO who had donated privately to organizations working against same-sex marriage. Brendan Eich’s 2008 $1,000 dollar donation to Proposition 8, California’s anti-gay marriage proposition, resulted in protests across the Internet, promises from developers to boycott the firm, and even the transformation of OkCupid’s front page.

In a response to Eich’s decision to step down as CEO after only 11 days, Mozilla explained:

Everything from Mozilla’s own Community Participation Guidelines, to employment law, to the Mozilla Mission mandates that employees and community members can and should hold whatever beliefs they want. We are an organization made up of a global community of people with widely diverse views coming together for a common shared goal: protecting and building an open Web.

But Forbes’ Ian McCullough offered his own take on the reasons for Eich’s resignation:

He was selected to be the CEO of Mozilla, Inc. The core of his job was going to be building the value of Mozilla. Although the donation had been known about by some for quite some time, it didn’t garner much attention until now. Once word of it became widely circulated, the knowledge led to employees threatening their own resignations, users choosing a different web browser (which would mean less revenue from Google and other add-on downloads), volunteers saying that they would no longer invest time in Mozilla projects, and donors announcing that they wouldn’t give money to the Mozilla Foundation. That created a serious risk of Mozilla losing earnings and resources. Mozilla was going to become less valuable —and that’s the precise opposite result that Eich was charged with generating.

Mozilla’s hard-earned lesson apparently didn’t hit home for the rest of the tech industry. Facebook and Google were both called out for their support of ALEC, with both firms later withdrawing their support of the organization. Yelp has also peeled off, along with Yahoo. Meanwhile, Facebook got into trouble with FWD.us, which found itself in an awkward position when the pro-immigration candidates it funded also turned out to be against clean energy, another hot-button topic for Silicon Valley residents.

But tech still supports a number of similarly conservative groups. Facebook, Google and Yahoo are all a part of NetChoice, an association associated with ALEC, and Google supports the Tea Party group Heritage Action. When pressed about these affiliations in a September talk, Google’s CEO Eric Schmidt said, ‘we have been reviewing all of this. We, as a company, and certainly for me personally, we’re not one-issue people. So the decision to do these things is not as simple as yes-or-no.’

Apple and Yahoo have both left the conservative Chamber of Commerce; Google remains a member. Facebook funded at least six attorneys general who are opposed to gay marriage, perhaps not the best move for a company based in California. Furthermore, even as tech companies lobby on a national level, they’re also concerned with local politics; controversial San Francisco Mayor Ed Lee, for example, is being propped up by tech companies.

Silicon Valley appears to be facing two problems. Despite the ready availability of information about political records—some of which, ironically, has been built and driven by the industry itself—firms seem to have trouble identifying potential donation recipients who won’t be lightning rods for their base. Whether firms are choosing to ignore potential sources of political conflict or they’re unaware of them, it’s undermining public trust and faith in tech companies, and that may come back to hurt them.

Consumers aren’t just making decisions about which stock to buy; they’re also making decisions in a growing landscape about which operating systems, browsers, and apps they use. That translates into real profits and losses for tech firms. When Mozilla was threatened with a mass abandonment of Firefox, for example, it had to reconsider whether retaining Eich was the best financial choice for the firm; even if it wanted to protect his right to donate political funding wherever he chose, he wouldn’t necessarily be sustainable as a CEO.

Given the growing knowledge that consumers are also the product, tech companies can’t afford to lose their users. Facebook, for instance, needs its user engine to generate profits; without it, the company will collapse, with advertising dollars plummeting and Facebook app builders pushing their development resources elsewhere. When users abandon the firm for supporting candidates known for conservative causes, it poses a real credible threat.

Tech companies are also running into the thorn of corporate responsibility, which has been a growing issue across the U.S. as consumers get more active about pushing companies to be accountable for their actions. In the case of the tech industry, the expectation that many firms espouse liberal values (in part backed by their mission statements, which often include buzzwords like “diversity”) is translating into a serious problem for firms that have run into the problem of needing to get into bed with conservative lobbyists to accomplish their goals. When companies like Google and Yahoo were small, they could afford to cater to their users. Now that they’re big, they’re running up against the market, and they’re learning that those conservative free market values they may have once rejected are starting to look more appealing.

If the tech industry sank this much money and effort into the midterms, it’s guaranteed that tech involvement in 2016 will be even bigger. That may leave tech companies fighting within themselves—and with their users.